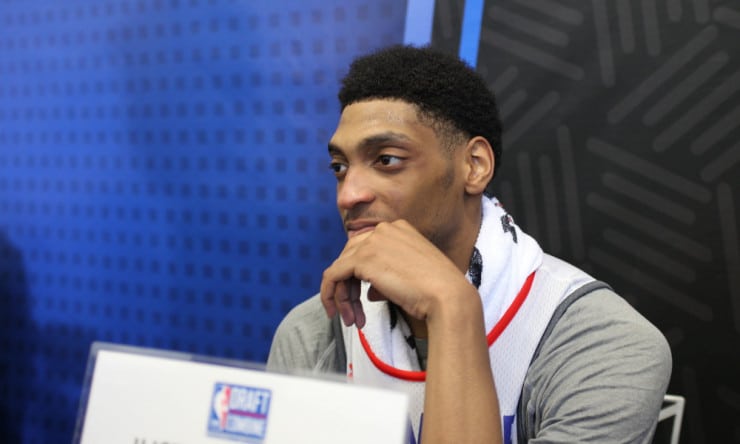 Maryland freshman forward Justin Jackson said Tuesday afternoon that he would meet with his family to discuss whether he will return to College Park for his sophomore season or remain in the June 22 NBA draft. The deadline for underclassmen to pull out of the draft is Wednesday evening.

Jackson, an Ontario, Canada native who just returned home after finishing his final exams in College Park last week, worked out for the Toronto Raptors on Tuesday. Jackson indicated after his workout that he has yet to make a final decision. A report on Tuesday by fanragsports.com said Jackson is likely to return to Maryland next season. Maryland officials declined to comment on Jackson’s status.

“Truthfully, I’m hearing a whole bunch of different things. It’s kind of mixed right now. I just really have to sit down and discuss it with my family, my circle, and really try to figure things out,” Jackson told reporters after his workout. “Everyone is just trying to gather as much information as possible and try and make the best decision.”