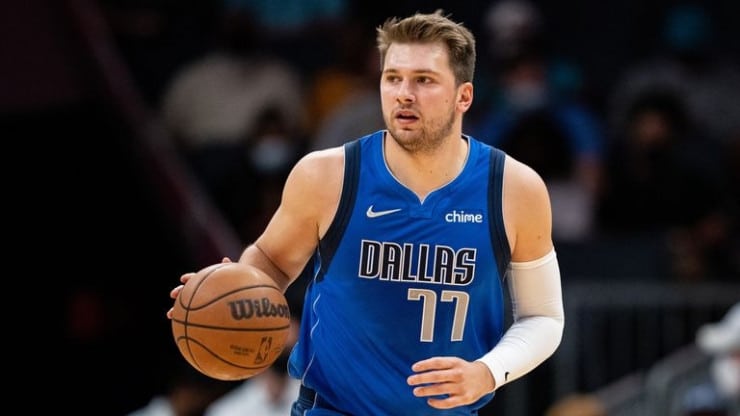 Is everything bigger in Texas? Maybe not the scoring, as we give out our picks for tonight’s contest between the Dallas Mavericks and the San Antonio Spurs.

Coming off a rather impressive win over the Sacramento Kings, the San Antonio Spurs will look to keep to their winning ways when they take on their in-state rival; the Dallas Mavericks.

Coming into the year, the Dallas Mavericks were possibly one of the trendiest teams. Luka Doncic was the preseason favorite for the Most Valuable Player award. While he has helped lead the team to a 7-4 start, he has since slipped in the MVP rankings for players like Stephen Curry and Jimmy Butler, the two favorites at the moment.

As for the Spurs, Dejounte Murray has stepped up as the team’s No. 1 option and has been stuffing the stat sheet on a nightly basis. He’s the club’s leading scorer with 18.4 points per game, while averaging an impressive 8.2 assists and 7.9 rebounds. For comparison, Russell Westbrook averages 19-9-9.

While you might gloss over this one while looking at the schedule, we have a feeling this is going to be a game. Luka is obviously the biggest star that likely would attract casual fans, but with Murray’s play this season as the true No. 1, we could be seeing the beginning of something special. Remember when we mentioned his statline earlier of essentially 18-8-8? Well, he also is averaging over two steals per contest.

Another player we think is a budding possible star is San Antonio’s Keldon Johnson. Johnson spent all summer with Popovich playing with Team USA and looks much more ready and confident in an NBA game than last season.

There is one area that neither team has been particularly efficient in, and that’s shooting the long ball. The Spurs are shooting 35 percent through 11 games, but have had nights where they’re in the low to mid-20s in terms of shooting from deep. Meanwhile, the Mavericks aren’t scorching the nets by any means, as they’re shooting just 32.1 percent.

The Spurs are posed with a real problem with Poeltl and Collins still out against a team like Dallas that isn’t afraid to run a lineup featuring two or more big men at a time with a rotation of Kristaps Porzingis, Dwight Powell, Willie Cauley-Stein and fan favorite Boban Marjanovic.

Considering the Mavericks have been a mediocre team at shooting the three this season, with the Spurs stretches from deep having the possibility to be just as bad, we have a feeling this one is going to be about who wins on the glass, perhaps more than most games.

Dallas has the clear edge in that department tonight, especially since the Spurs are going to be without their inside presence in Poeltl.

Luka will be able to get his, but the matchup of Murray-Doncic is going to be fun, as Murray will look to make it anything but for his adversary. We think the game is going to be low scoring, but believe the Mavericks will win this one with the size advantage.

Let’s rock with the under 219 as our main pick and throw a little on Mavericks moneyline at -130.