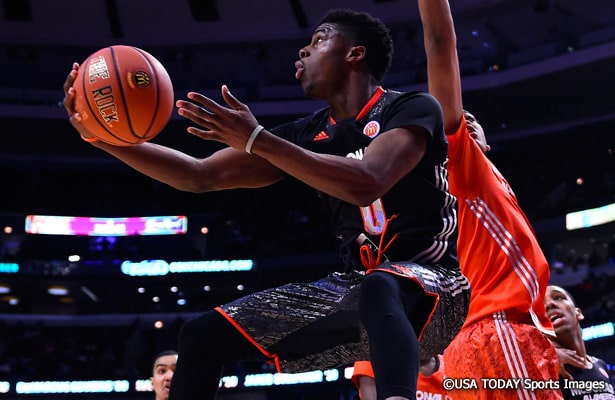 Emmanuel Mudiay, the potential No. 1 pick in the 2015 Draft, is in Asia now instead of Texas. He is playing for the Guangdong Tigers in Dongguan, China, not for Larry Brown’s SMU Mustangs in Dallas as planned. He has single-handedly made China a destination on the scouting trail for the first time in years.

His fast start is enough to spark speculation from front offices that Mudiay will leave before the regular season ends in mid-February to keep him healthy and keep his Draft standing high — and keep him from the prying eyes of NBA scouts.

“They could,” an executive said of the decision to shut down that Mudiay’s inner-circle may face. “They could for sure.”

via Scott Howard-Cooper of NBA.com