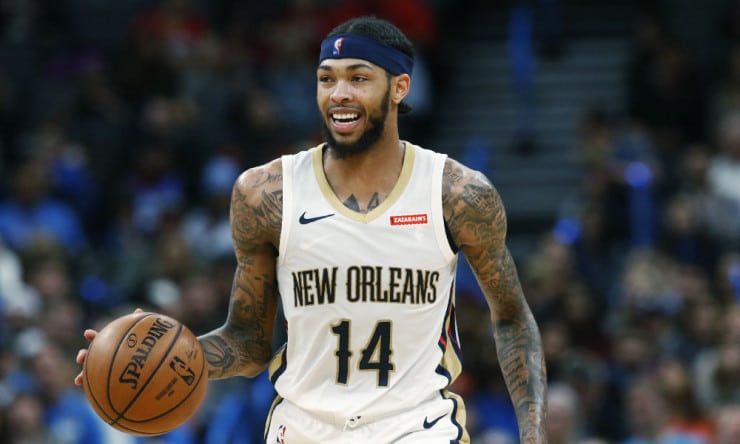 The Denver Nuggets have a tough test against a Pop-coached Spurs team. However, after a gritty win over the Thunder that netted Nikola Jokic his 79th career-triple-double, they will be playing with confidence.

The New Orleans Pelicans are this year’s darling team for a reason. Though they are the slight underdog in their matchup against Atlanta, they are showcasing great team chemistry early on this year.

The Boston Celtics are looking like they could make another run at a NBA Finals appearance. Despite some key injuries, the team is still doing well to start the season.

The Spurs have been surprising early on to start the season. Despite off-court drama going on with the organization, San Antonio is competing night after night.

The Spurs are currently tied for ninth in the Western Conference with the Los Angeles Clippers. They possess a win-loss record of 5-4.

As for Denver, they have came into the new year with championship aspirations and with good reason. Nikola Jokic is still doing Jokic things, but with a healthy roster this time. Michael Porter Jr. has been sensational from three-point land so far, as he is shooting 49.1 percent from beyond the arc.

Jamal Murray looks to be getting back into the flow of an actual NBA game. Over the past three games, he is averaging 19.3 points on 52.9 percent shooting from beyond the arc. Murray even swung the momentum in Denver’s last game with an athletic reverse dunk.

7 replays of Jamal Murray’s unexpected reverse dunk on 2 defenders! @BeMore27 also scored 14 of his 24 PTS in the final 12 MINS pic.twitter.com/O3qn2IEbnH

The Pelicans responded nicely after giving the Lakers their second win of the year. New Orleans upset the defending-champion Golden State Warriors 114-105.

With this in mind, New Orleans’ confidence has to be sky-high right now. They have an exciting nucleus of Zion Williamson, C.J. McCollum, and Brandon Ingram. Not to mention, they also have an excellent supporting cast that compliments them well.

Atlanta has not played at all since defeating the New York Knicks on November 2nd. Trae Young is also someone to pay attention to considering he exited the game against the Knicks with a scratched eye. He claims he will play, but it is something that could warrant concern. With all of this in mind, the Hawks could be in for a trap game.

The Knicks have been….well, the Knicks. They currently have a 4-4 record and are still in question of whether they are a playoff contender or not.

New York is coming off an impressive win last night where they squeaked by the 76ers in overtime by a final score of 106-104. It should also be noted that Boston is also on the back-end of a back-to-back.

Boston is currently the third seed in the Eastern Conference behind the Cleveland Cavaliers and Milwaukee Bucks. They also had a close call the previous night as they defeated the Chicago Bulls 123-119.

With how well Jayson Tatum has been playing, we are going to go with the Celtics getting the win over the Knicks. Tatum is currently averaging 30.9 points, 4.1 assists, and 8.5 rebounds per game.

BACK CELTCIS -4.5 @ -110 WITH BETONLINE
Join our Telegram channel for our exclusive free betting tips, picks and offers.