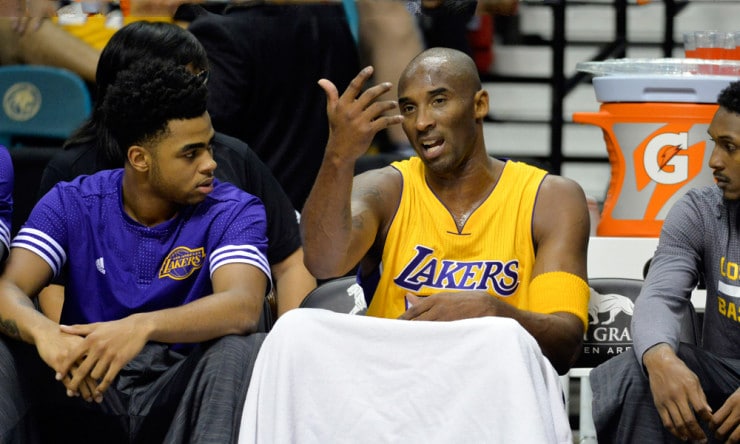 With 13.1 seconds left in the game Friday night and the Lakers down, 115-113, to one of the NBA’s best teams, Kobe Bryant drove hard to the right side of the basket, guarded by Oklahoma City Thunder All-Star Kevin Durant.

Durant’s long arms disrupted Bryant’s running hook shot; the Thunder escaped Staples Center with a 117-113 victory. Bryant was furious on the court, but calm when discussing the non-call after the game.

“It’s not a matter of opinion,” he said. “If you watch the play, he hit me right on the forearm at the end of my release, which is why the ball went short.”

The NBA officially disagreed on Saturday, releasing confirmation of the call in the game’s “Last Two Minute Report,” which the league issues the following day for games in which the teams were within five points of each other at the two-minute mark.