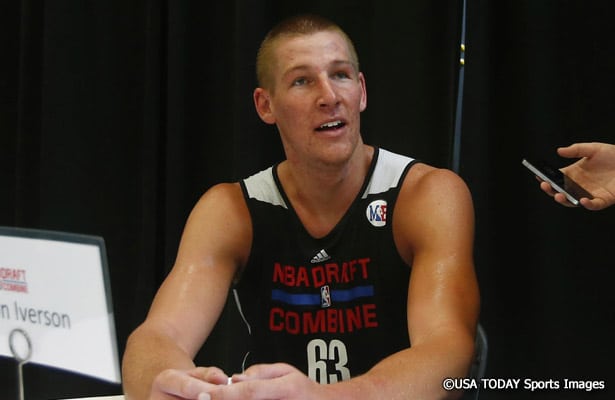 At 19-38 the Boston Celtics are enduring one of their worst seasons ever. For a franchise that has a league leading 17 championships and a .591 regular season win percentage all-time, a down year like this is nothing to be overly concerned about.

The Celtics knew when they sent Kevin Garnett and Paul Piece to Brooklyn and traded head coach Doc Rivers to the Los Angeles Clippers for a first-round pick that they were going to take a couple of steps back this season. Every franchise has to do it at some point. The Celtics were fortunate to squeeze an extra season or two with Garnett and Pierce as their center pieces, but like all good things, it had to come to an end at some point and this summer was that time.

The departures of Garnett, Pierce and Rivers have been compounded by Rajon Rondo’s absence for all but 12 games so far this year.

This is a development year, and for this franchise they are few and far between. They should benefit from this one for many years to come, though. Brad Stevens is getting to learn the NBA head coaching ropes without any pressure. Jeff Green, Avery Bradley and Jared Sullinger are having strong seasons with expanded roles. They’re going to have a high draft pick in one of the most highly-regarded draft classes in recent memory. And, most importantly, Rondo is healthy and on the road back to being one of the more productive point guards in the league.

Although their second round pick Colton Iverson, who they acquired in a draft night trade, is not with the team this season, he’s another piece of the Celtics’ future that is developing to be a difference maker in coming years, only overseas in Turkey. Iverson is playing with Besiktas CT and averaging 8.6 points and 6.6 rebounds in 21.6 minutes a game.

The Celtics have kept a close eye on Iverson and have stayed in frequent contact with him, making the cross country journey recently to watch him in person.

“It’s great to know that they’re still supporting me, watching me evaluating me, helping me think about ways that I can better,” Iverson said to Basketball Insiders. “I know they’re really invested in me right now; I am going to try and put in the hard work and do everything I can to be ready, when they are ready for me be to be ready for them. I am going to keep working every day. Knowing that they have my back and are supporting me right now is a great motivation and I’ll keep working harder than ever before.

“It’s a special feeling knowing that such a prestigious organization is really counting on you to get better and work hard and do the things for them that they need. I am trying to live up to the expectations right now even though I am not technically part of the team; I am just trying to get better. If and when they do need me, to be ready to produce and help the team win any way possible. I know it is such a big time organization, they have legends that have played there and so many championships, it really is a high expectation that you have to be ready for and ready to live up to.”

Iverson exploded onto the draft scene during his final year of eligibility at Colorado State, where he transferred to for his senior year after three years of being a role player at Minnesota. He went from being completely off the radar to a draft pick by putting up 14.2 points and 9.8 rebounds a game. With all the makings of a blue collar big man in the same mold of Kendrick Perkins, who helped the Celtics win a championship in 2008, Iverson was given a small list of things to add to his game this year in Turkey.

“My offensive game definitely needed improvement for the next level,” Iverson said “Having the post moves to go against pros so I’ve been working on that this year, stepping out being able to knock down 10-15 foot jump shots, working on pick-and-roll defense, which is going to be huge in the NBA because 75 percent of the offense in the NBA is pick-and-roll. Being able to guard that will really benefit me and just continue rebounding, which is what I’ve always been good at, if I can continue rebounding at a high level that will really transition well into the NBA.”

As Iverson states, pick-and-roll defense will be key for him at the next level. Fortunately, the style of play and defensive schemes in the Turkish league give Iverson the chance to work on it every game.

“It was a little bit different for at first because Summer League we relied on the guards to fight through screens and you basically were just like a second source,” Iverson said. “Right here it’s all on the big man to contain penetration, stop the guard completely, then allow for recovery and get back and guard your man in time. You have to be able to that and it happens really fast. It’s a little bit different over here because there is no defensive three seconds so it’s a little bit more crowded in the paint, I guess that helps you a little bit. It’s definitely on the big man to contain penetration on any pick-and-rolls.”

He’s also been forced to step away from his comfort zone inside the paint offensively and work on becoming more versatile like the Celtics’ desire.

“There is definitely not as much back to the basket game here, there is a lot more setting screens, being at the high post, the short corner,” Iverson said. “It’s a little bit different for me, it’s a bit of an adjustment. I think it’s going to benefit me in the long run because I am expanding my game and I’m learning to have the ball in different situations and scenarios. Even though it is different for I think I am benefitting from it and the experience of it.”

Iverson’s contract expires at the end of the season, after which he plans to come back to the states and train at Impact Basketball in Las Vegas, Nevada as he did in preparation for the NBA Draft until he can join the Celtics’ summer league team.

Celtics President of Basketball Operations Danny Ainge recently hinted that the team could swing big to make some improvements this season. Last time the Celtics were this bad was the 2006-07 season where they went 24-58. The next season they went 66-16, a record for the biggest turnaround in a single season in league history. If anyone knows how to rebuild in a hurry, it’s him. As an affordable, defensive-minded center who is still improving, Iverson could easily fit into his big plans.

The Los Angeles Clippers announced today that they have signed free agent forward Glen Davis. Per team policy, terms of the deal were not disclosed. Davis will be available to play in the Clippers game vs. New Orleans tonight and will wear uniform number 12.

Davis, 28, appeared in 45 games (43 starts) this season with the Orlando Magic averaging 12.1 points, 6.3 rebounds and 1.6 assists in 30.1 minutes per game. A native of Baton Rouge, LA, Davis is reunited with Clippers head coach Doc Rivers, who coached him for four seasons in Boston and together were a part of the 2008 NBA Championship Celtics team.

Originally drafted by Seattle with the 35th overall selection in the second round of the 2007 NBA Draft, Davis was traded to Boston along with Ray Allen as part of a Draft Day trade. After four years with the Celtics, Davis joined the Magic on Dec. 12, 2011 along with Von Wafer in exchange for Brandon Bass.

The power forward has made 69 career Playoff appearances, averaging 8.3 points and 4.2 rebounds in 21.9 minutes. Last season, Davis averaged a postseason-best 19.0 points and 9.2 rebounds for the Magic in five playoff games (all starts).

Davis enjoyed a successful college career, playing three seasons at Louisiana State University. He averaged 16.7 points, 9.6 rebounds, 1.5 assists and 1.16 blocks in 95 games (93 starts) at LSU, with his best year coming in 2006 when he led the Tigers to the Final Four and was named the SEC Player of the Year and a first-team All-American, leading the SEC in scoring (18.6) and rebounds (9.7).

Walker led the Bobcats to a 4-0 week behind averages of 22.5 points (tied for seventh in the conference), 8.8 assists (second in the conference) and 5.5 rebounds. His 40.5 minutes per game ranked third in the East. Walker tallied 20-plus points three times and eclipsed the 30-point plateau once. He scored 24 points, handed out a career-high 16 assists and added five rebounds on Feb. 19, during a 116-98 win over the Detroit Pistons.

Love helped the Timberwolves to a 2-1 behind a league-best 36.7 ppg and 12.7 rpg (fourth in the league). He recorded a point-rebound double-double in all three contests, and notched one triple-double with 37 points, 12 rebounds and 10 assists on Feb. 22, during a 121-104 win over the Utah Jazz. Love leads the NBA with 47 double-doubles on the season.

Here is a recap of the week for Walker and Love: