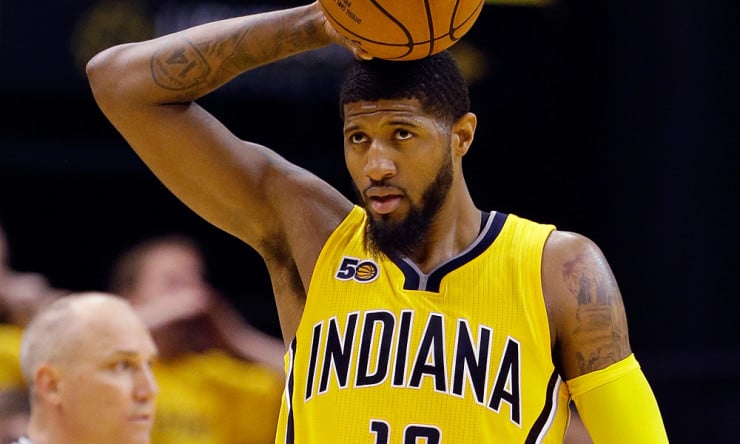 Golden State Warriors forward Draymond Green and Oklahoma City Thunder forward Paul George were in attendance for the Floyd Mayweather vs. Conor McGregor weigh-in on Friday, and even as spectators for one of the biggest fights this century, the pair of All-Stars couldn’t avoid questions about one of the busiest NBA summers in recent memory.

George was one of the first dominoes to fall this summer. After telling Pacers’ management he would not re-sign in Indiana when his free agency pulls up in 2018, he was traded to Oklahoma City for Victor Oladipo and Domantas Sabonis. Following the weigh-in, he said that transaction was difficult because he “really loves Indiana.” “I grew up there, I became a man there, a lot of obstacles I’ve overcame there, and they had my back,” George said. “We’ll see,” he continued, addressing the idea of joining the Lakers next season. “I’m a Thunder, and my job is to give them the best I have this year and see what happens after that.”