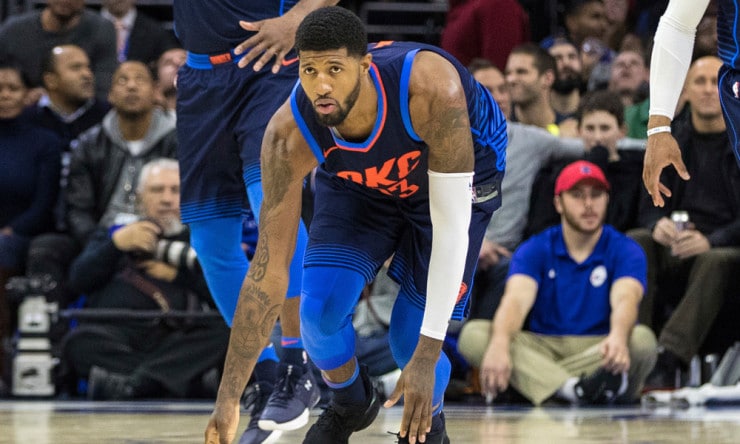 As the Oklahoma City Thunder battle to secure a playoff spot, Paul George said it’s not “championship or bust” for him as he evaluates this season with regard to his future free-agency decision.

“As I told [ESPN’s] Rachel [Nichols], I can see myself being here,” George said. “I’ve been happy here, I’ve been happy with the organization, happy with my teammates. Our record is not what we want it to be, but I think I’ve enjoyed just learning and being around these guys. So my answer is still the same. I’m not going to let the playoffs or how we finish this season persuade or indicate where I’m going to this offseason. I’m going to put everything into this and again, I can definitely see myself being here.”

George, who will become an unrestricted free agent this summer, has remained consistent in praising the Thunder organization since it traded for him last July. But with the Thunder’s season going through some considerable ups and downs, and now the possibility of missing the postseason altogether in play, George attempted to alleviate some of the pressure.

“This is our first year together. This is Year 1 for this group,” he said. “We’ve got a chance to win it all, but realistically it takes time for things to build and chemistry to mesh. Just for everybody to be on the same page. So this wasn’t a championship or bust coming into this for me. It was just an opportunity to see what it’s like being here and just to naturally fall in love with it. And it’s been that. It’s been a lot of love here.”