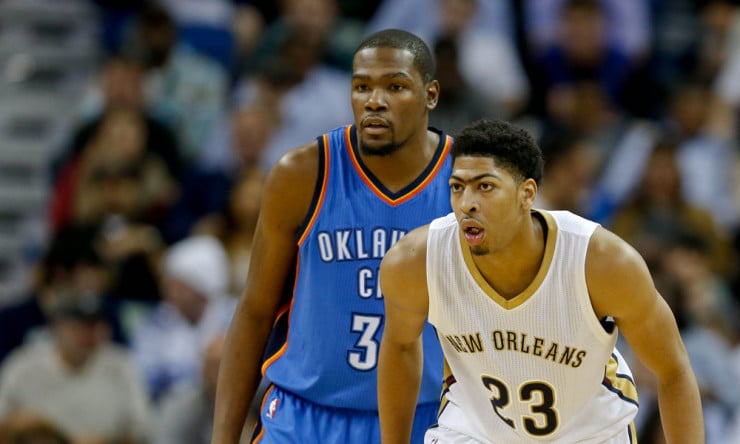 “It’s ludicrous to assert that we would trade Kevin (Durant),” (Thunder GM Sam) Presti told The Oklahoman. “There’s no way to measure what he represents to our organization on and off the floor. He has helped build this organization from the ground up and personifies the Thunder: past, present and future. When he’s done playing there will be streets named after him throughout the state and younger generations of Oklahomans will learn about the role Kevin has played in elevating this community in ways beyond basketball.”

via Anthony Slater of The Oklahoman