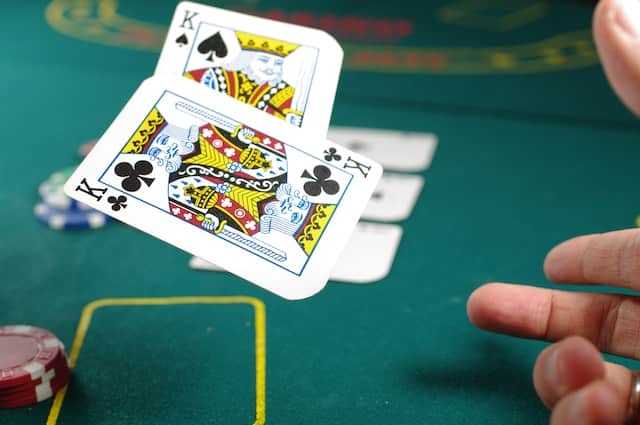 New York State Assemblyman J. Gary Pretlow has introduced Bill A01380 that seeks to legalize online poker in New York. This marks the fifth consecutive Legislative Session, spanning 10 years, that Pretlow has submitted a bill for the reclassification of online poker to a game of skill, thus making it legal to play online. Online sports betting was recently legalized in the State, while gaming still remains illegal.

What does the bill say?

The bill, submitted on January 17th, 2023 counts for the 2023-2024 Legislative Sessions. The bill has been referred to the Committee of Racing and Wagering, and is an act to amend the racing, pari-mutuel wagering and breeding law and the penal law, in relation to allowing certain interactive poker games.

The bill explicitly mentions ‘Omaha Hold’em’ and ‘Texas Hold’em’ and provides a broad definition of each game. It adds: “these games are considered to be complex forms of poker which involve player strategy and decision-making and which pit the skill levels of players of players against each other. As games of skills, these forms of poker do not fall under the definition of gambling as prohibited by the penal law”.

The legislature further finds “that as the internet has become an integral part of society, and internet poker a major form of enterainment for many consumers, any interactive gaming enforcement and regulatory structure must begin from the bedrock premise that participation in a lawful and licensed gaming industry is a privilege and not a right, and that regulatory oversight is intended to safeguard the integrity of the games and participants and to ensure accountability and the public trust”.

What’s the current state of online poker in the US?

Poker and Online Poker were both considered huge growth areas in the early 2000s, with the number of contestants that entered the No Limit Texas Hold’em Main Event in the World Series of Poker 2006 up to 8,773 from just 839 three years prior. The pivotal day, dubbed ‘Black Friday’ by the online poker community came when the US Department of Justice arraigned 11 prominent members of the online poker industry.

Black Friday in its totality would see 5 URLs seized, more than 75 bank accounts frozen and the biggest names in online poker such as PokerStars, Full Tilt Poker and Absolute Poker removed from the US overnight and arguably irrevocable damage was done, with online poker having never (even slightly) recovered.

The current state of online poker is that it’s legal and live in the following states:

New York joins Masssachusetts, Connecticut, Virginia and Kentucky in having bills introduced but yet to pass into law. It’s likely that for New York residents that wish to play online poker they’ll hop the short border over into New Jersey, whereby the full suite of gambling products is legalized and operational. In the 10 years since 2013, online poker revenue is believed to have totaled around $5.259bn in New Jersey.

Ollie is an experienced writer covering everything from esports to regulatory developments in the USA. He loves obscure data points and the occasional lousy parlay on 20 tennis players which inevitably loses.