Connect with us
Home » news » Preview 7 Iowa Vs 10 Davidson 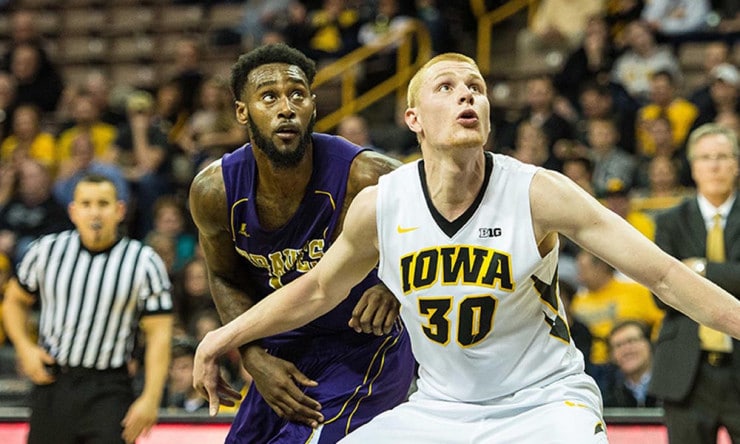 The state of Iowa has another threat to make some noise in the tournament. Despite an unexpected loss to 13-seed Penn State in the conference tournament, the Hawkeyes concluded the regular season on a six-game winning streak. Senior forward Aaron White led the charge down the stretch as the lone senior starter in Fran McCaffery’s starting lineup. McCaffery is in the tournament for the second straight year with Iowa and is one of only 12 DI coaches to guide four different teams into the tourney – Lehigh, UNCG, Siena and Iowa. After topping North Carolina in December, Iowa swept Ohio State in the regular season. On the flip side, they were swept by Wisconsin and lost home state match-ups to tournament teams Iowa State and Northern Iowa. The Hawkeyes relied on White down the stretch; in fact, he has led his team in scoring 18 times, in rebounding 14 times and in steals 13 times. This Iowa team is going to need to continue the thievery as they hold a 3.8 steals differential (top-10 nationally) in wins (averaging eight steals per game in victories) . In addition, White is the only active player in Division I with 1,750 points, 875 rebounds, 175 assists and 125 steals. Let’s see if he can put this team on his back and lead Iowa past the opening round.

This team is very fun for any coach to watch.  They play fast, disciplined and rarely depend on set plays for their scoring. Five players average 10 points or more and they rank sixth in the country in scoring.  Coach Bob McKilllop  is one of the most respected coaches in all of basketball and his favorite statistic this year has to be his team ranking third in assists versus the other 350+ Division I teams.  Using the three-point line better than any team in the country, the Wildcats have five players who attempted 100+ threes.  All five players are shooting over 35 percent on those attempts.  Tyler Kalinoski (17 PPG, 5.6 RPG, 4.1 APG) is the heart and soul and will likely end up on an NBA roster next year.  The next four contributors Jack Gibbs (16.3 PPG, 4.8 APG), Brian Sullivan (12.8 PPG, 3.8 APG), Jordan Barham (11.9 PPG, 6 RPG) and Peyton Aldrige (9.6 PPG, 5.2 RPG) all hail from Ohio and can have 25-point nights if left open.  The Wildcats are undersized and have been foul prone in their loses. Winning the Atlantic 10 regular season and winning 10 games in a row before losing their legs versus VCU in the conference championship shows they are playing their best basketball. A large arena in the first round and teams with supreme athleticism could hurt their expected Sweet Sixteen appearance.