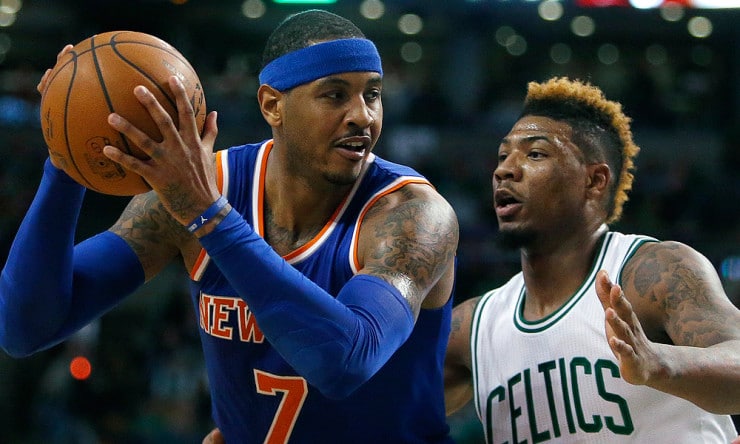 While Celtics management told the Knicks they aren’t interested in the nine-time All-Star, the Knicks are pushing to move Anthony, according to an NBA source, and they’re intrigued by some of the Celtics’ players.

A source indicated that Knicks president Phil Jackson has instructed management to move Anthony, who has a no-trade clause but included the Celtics as one of the teams for whom he’d waive the clause. Boston could become part of a potential three-team deal that would send Anthony to another club, perhaps the Clippers.