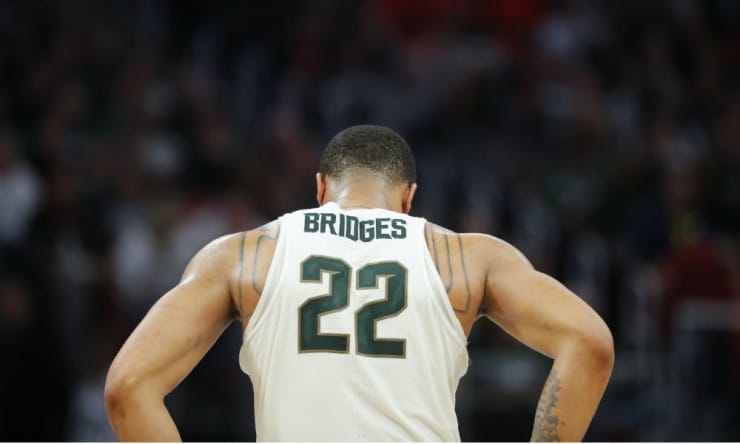 Michigan State forward Miles Bridges is entering the NBA draft and has hired an agent, he announced on Twitter on Wednesday morning.

In his announcement, Bridges thanked Spartans coach Tom Izzo and others for “giving a skinny kid from Flint a chance to play at such a legendary program.”

He confirmed a widely expected decision to enter the draft and that he’s signing with agent Rich Paul from Klutch Sports. ESPN draft analyst Jonathan Givony projects Bridges as the No. 11 prospect in his latest NBA draft rankings.

He averaged 17.1 points, 7.0 rebounds and 2.1 assists as a sophomore this season, becoming the 11th consensus All-American at Michigan State during Izzo’s tenure.