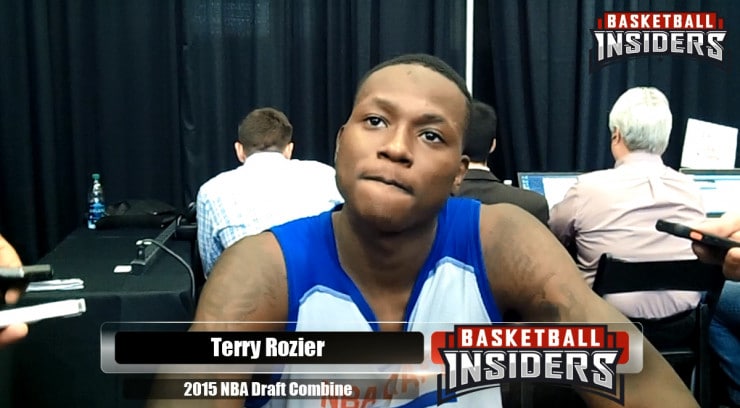 It was the scrimmages, however, that were really popular. For many years, decision-makers chafed at the lack of 5-on-5 basketball at the NBA’s biggest pre-draft showcase. This year, games made their way back into the fold, which was roundly applauded.

Scouts learned that Louisville guard Terry Rozier could make the switch from shooter to playmaker.

via Tony Jones of The Salt Lake Tribune