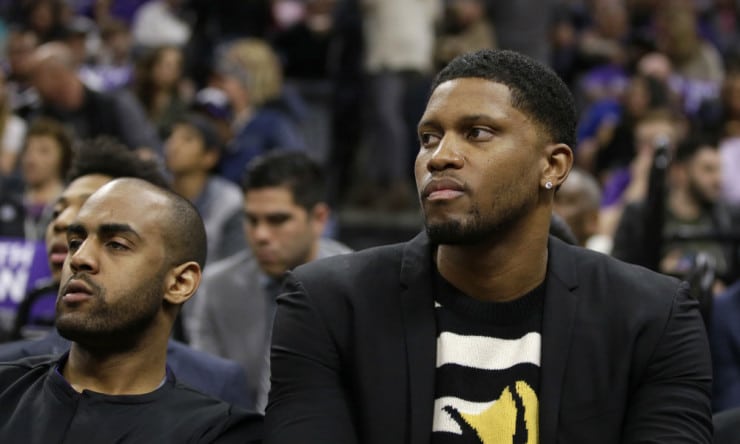 The Spurs’ interest in Rudy Gay was revealed July 1 with a phone call from Gregg Popovich.

Gay bought in, agreeing to a two-year, $17 million deal with the Spurs, who officially introduced their prize Wednesday afternoon.

Gay is betting on himself this season. He has an $8.8 million player option for the 2018-19 season. If he returns to form, he could decline the option and sign a more lucrative contract.

But the business side can wait. Gay’s new chapter starts this month. The mission is clear: Help his new team capture its sixth championship banner.