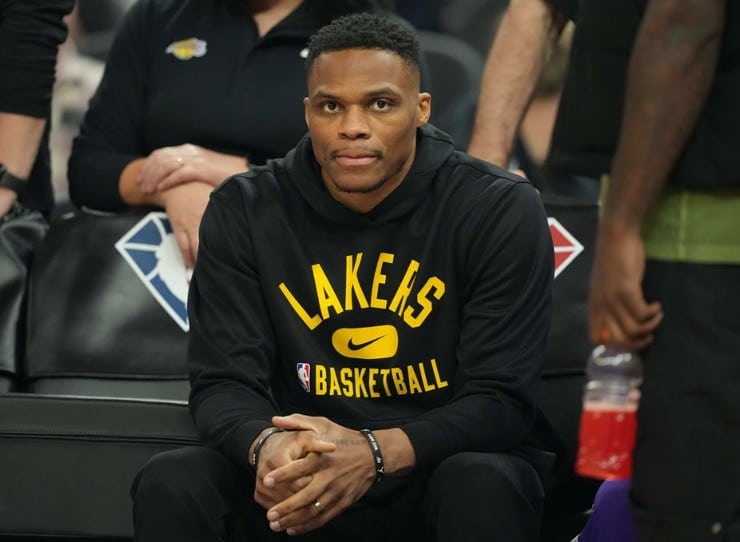 NBA Russell Westbrook was involved in a heated exchange with an LA Lakers fan as he left the court following the Lakers’ 103-97 defeat at the hands of the Los Angeles Clippers.

It was another hugely disappointing night for Westbrook, who scored just an unbelievable two points, in a performance he’ll certainly be wanting to forget.

After the match, the 2017 MVP was walking back to the locker room when a fan reportedly shouted “You f****** suck!” – and the 33-year-old made it clear he heard, and allegedly told the heckler to come and say it to his face.

A fan apparently yelled, “You f*cking suck!” to Russell Westbrook as he was heading to the locker room.

Westbrook heard him and and said something like “say that to my face.”

The fan then came down and said it to his face. 😮

In recent times, Westbrook has often been made the scapegoat for the Lakers’ poor results. He went 0-of-11 from the field and 0-of-6 from 3-point range, and his shot selection was questionable at times.

It does beg the question how much longer will the Lakers wait before seriously looking to trade Westbrook out.