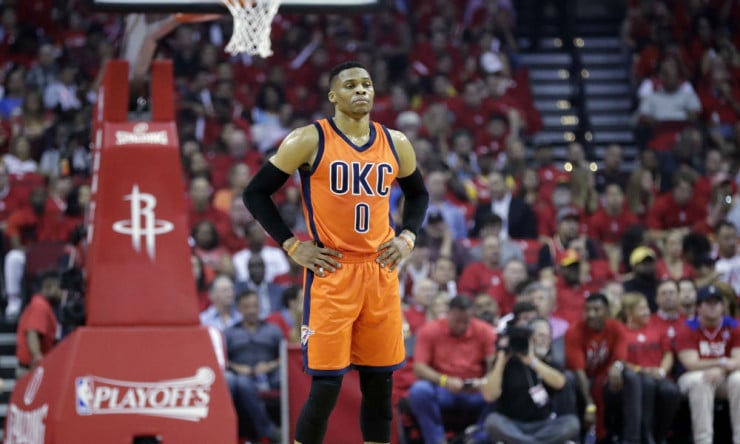 With 12 points, 13 rebounds and 13 assists against the Chicago Bulls, Russell Westbrook has only one team that he hasn’t recorded a triple-double against, and he probably won’t get to cross that one off.

The Oklahoma City Thunder is the only team Westbrook hasn’t triple-doubled against, as he notched his third of the season and 82nd of his career in a 101-69 win Saturday night.

“He had one against us in practice,” Carmelo Anthony said jokingly afterward. “He’s one against the home team.”

For a man well-entrenched in the NBA record book for his triple-doubling, Westbrook added another mark: He is the only player in NBA history to record a triple-double against every team he has faced.