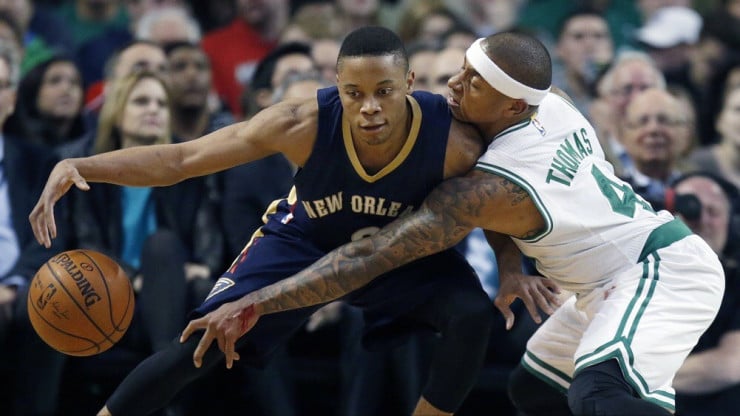 The New Orleans Pelicans have traded point guard Tim Frazier to the Washington Wizards in exchange for the No. 52 overall pick in the draft, a league source told Basketball Insiders.

Frazier has a $2 million salary for next season and will become a free agent in the summer of 2018.

Washington adds a backup point guard in Frazier with Brandon Jennings entering unrestricted free agency this summer. Trey Burke is eligible for a qualifying offer but is unlikely to receive one.

For more on the draft and other potential trade to keep an eye on, check out our latest and final Basketball Insiders mock draft.