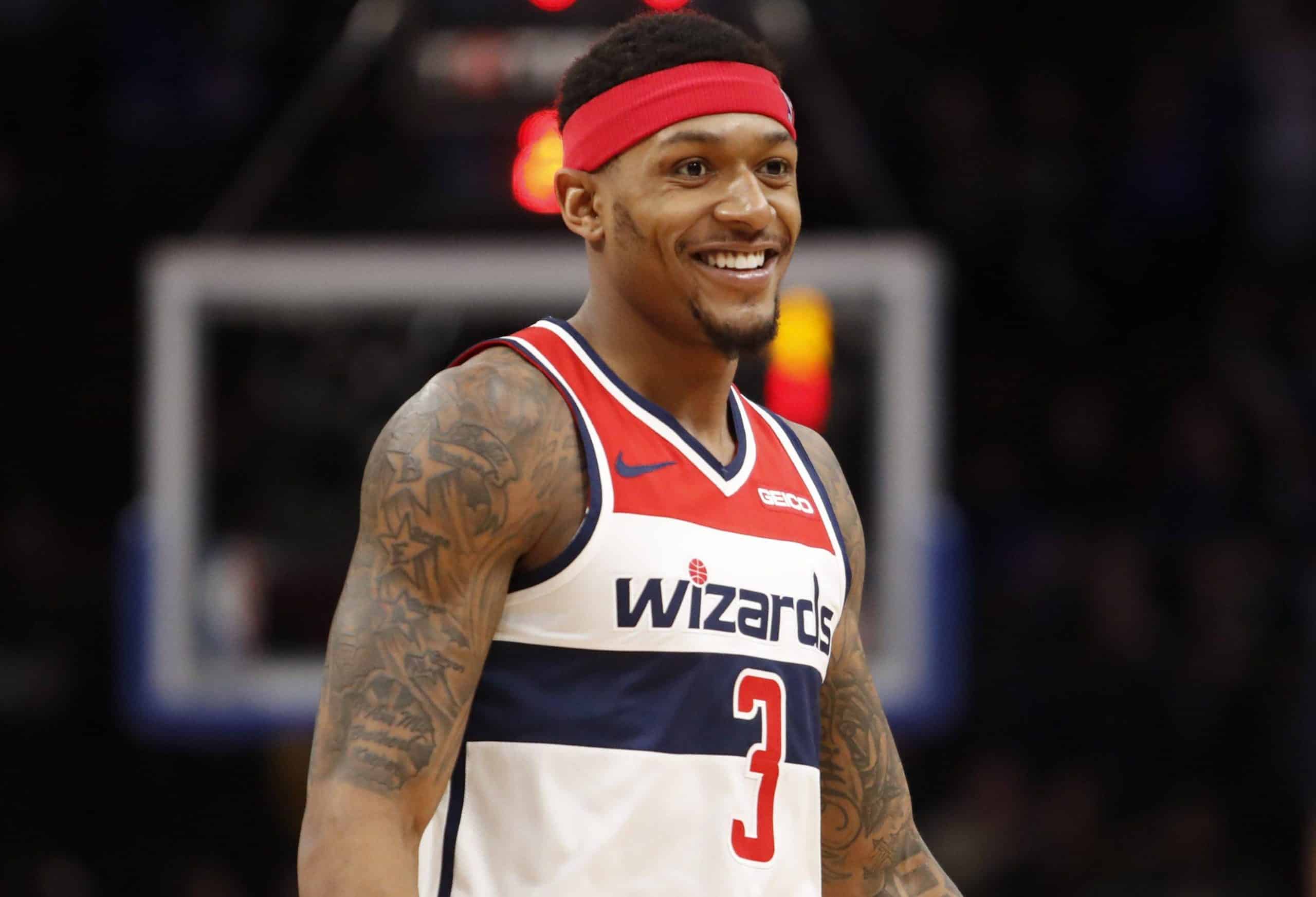 The Washington Wizards remain as the number one team for Bradley Beal. According to oddsmakers at MyBookie, showing -400 odds, the highest probability is Beal staying put and playing his first game of the 2021-22 NBA season with Washington. The 28-year-old even said so himself that he never requested a trade and wants to remain with the organization.

Though, the Golden State Warriors have the second-best odds (+250) of trading for the shooting guard, followed by the New Orleans Pelicans (+400), Miami Heat (+400) and Philadelphia 76ers (+450). On August 6, 2021,  the Heat traded Precious Achiuwa and Goran Dragic to the Toronto Raptors for Kyle Lowry.

On the same day, the Wizards traded Russell Westbrook and multiple second-round draft picks to the Los Angeles Lakers for Kentavious Caldwell-Pope, Montrezl Harrell and Kyle Kuzma. To add to that, the Warriors are also interested in trading for Philadelphia’s Ben Simmons.

Not to mention, he was selected All-NBA Third Team, too. Wizards’ general manager Tommy Sheppard would have to receive an offer he can’t refuse, in order for this move to benefit his team. Furthermore, the “Team Bradley Beal Plays for in the 2021-22 NBA Season” odds are listed below.

His team option for the 2022-23 season is $37,262,300. Per sources, Beal will be eligible for a contract worth $235 million next season, which is roughly $54 million more than what he would be signing for in this offseason. The option is open for him to sign a four-year deal worth about $181.5 million right now.

If for some reason the Golden State front office decides to pursue Beal over Simmons, they are in cap trouble either way. Referencing Spotrac, their luxury tax space is currently -$41,343,326. Stephen Curry’s cap figure is $45,780,966. This amount consumes 24.36 percent of the team’s total salary cap. Curry’s guaranteed cash amount is $215,353,662. Plus, Klay Thompson’s cap figure is $37,980,720. The Warriors would have to make a move soon. Otherwise, Beal will likely stay in Washington.