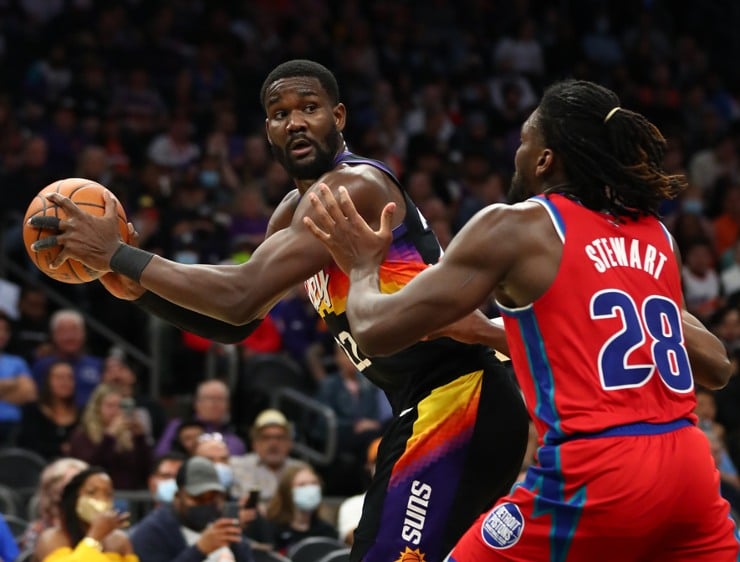 Phoenix Suns guard Devin Booker believes Deandre Ayton is a wiser basketball player now than he was during his contract dispute with the team. In July, the Suns matched the Indiana Pacers’ four-year, $133 million contract for Ayton.

“I think he grew up a lot,” Booker told Sam Amick of The Athletic when asked how Ayton made it through his contract situation. “He’ll be the first one to tell you that it was just realizing what the NBA is about.”

Retrieved from a few NBA betting sites, the Suns have the second-best odds behind the Golden State Warriors to win the Western Conference. Some sportsbooks show higher odds for the Los Angeles Clippers.

Deandre Ayton wins Western Conference Player of the Week after going 3-0 and having a 28/12 and 29/21 game. Devin Booker has not won one yet this season. pic.twitter.com/7S0ZjUYAAr

“You grow up and you’re like, ‘I want to play in the NBA,’ but you don’t realize it’s a business,” added the Suns guard. “There’s things that go on. There’s conversations that had to be had.

And being a young top pick and coming in at 18 [years old], and him being all over in his childhood from the Bahamas to San Diego, I don’t think he realized that it’s actually business. And that was good for him. I mean, he got his money. He’s in a great situation now; he’s playing free. He’s happy.”

Through 18 starts this season, Ayton is not playing as great now as he did last season. However, his numbers are still decent. The fifth-year player is averaging 16.3 points, 9.6 rebounds, and 2.1 assists.

While he’s shooting a career-low 71.1% at the foul line, at least he’s averaging 60.6% shooting from the field. Not to mention, Ayton is logging 11.8 field goal attempts and 29.2 minutes per game.

“Energy. I’m the main guy who has to be ready to play every night. I cannot be that guy who is easing into games. For this team, I have to be that energizer."

Deandre Ayton after 29 and 21 blast in #Suns win over #Jazz.

"I’m the tone setter. When I do that, my team follows." pic.twitter.com/2utUIgzUak

Last Saturday, in the Suns’ 113-112 win over the Utah Jazz, the 24-year-old recorded season highs of 29 points and 21 rebounds in 34 minutes of action. He became the first Phoenix player to finish with at least 28 points and 20 boards in a game since Amar’e Stoudemire in 2007.

On Tuesday, Deandre Ayton was named Western Conference Player of the Week for the first time of his NBA career. “I’m the main guy who has to be ready to play every night,” Ayton said after the win over Utah.

“I cannot be that guy who is easing into games. For this team I have to be that energizer, that dude who is making those plays, who is on the glass, who is dunking the ball, who is getting the crowd in it, setting all our screens, setting the tone of the physicality, moving people out of the way.”