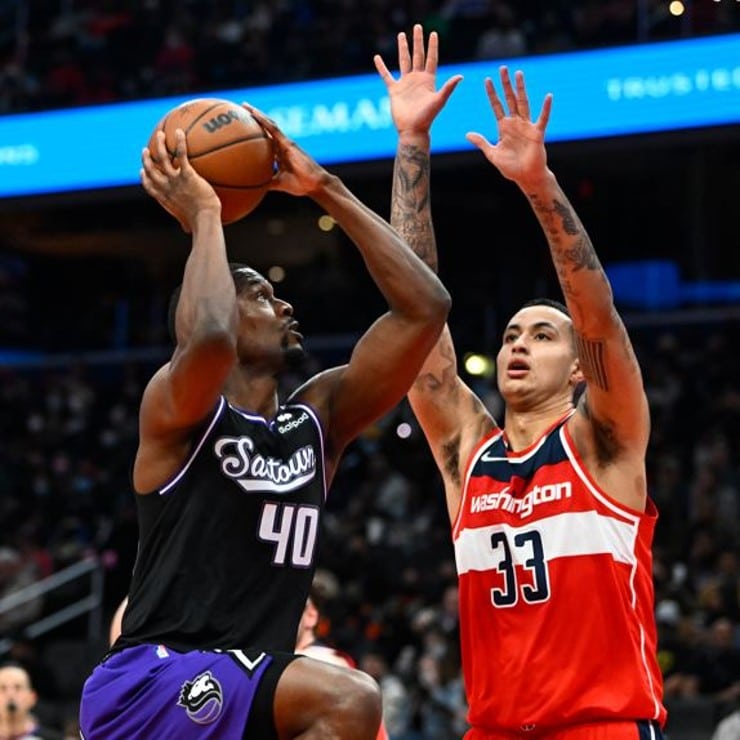 Per Shams Charania of The Athletic, the Atlanta Hawks have opened preliminary trade discussions for John Collins. But while Suns G.M. James Jones inquired about the sixth-year player, the team will likely not take on Collins’ hefty salary.

A few NBA betting sites are giving the Suns the fifth-best odds to win the championship in 2023. Some sportsbooks are showing higher odds for the Los Angeles Clippers and Golden State Warriors.

“The Suns are a team showing desire in Collins, those sources have added, but they appear uninclined to take on the long-term money of Collins, who is in the second season of a five-year, $125 million contract,” said Charania.

Meanwhile, Kuzma is recording 18.3 points, 8.1 boards, and 3.1 assists through 15 starts with the Wizards. He’s shooting a career-high true shooting percentage of 55.5%.

The 2020 NBA champion is logging a career-best player usage percentage of 25.3%.

Last Thursday, Washington coach Wes Unseld Jr. found success using the forward as the team’s primary ball-handler in their 113-105 win over the Dallas Mavericks. The Suns could use Kuzma’s mid-range shooting.

As for KJ Martin, the Rockets forward is averaging 10.9 points, 4.7 rebounds, and 1.5 assists through 15 appearances this season. Although, he made starts in just three contests.

The Suns will work out a trade to improve their frontcourt at some point this season. Jae Crowder is rumored to be a part of the trade package. The 10-year veteran has not played since the 2022 Western Conference Finals.