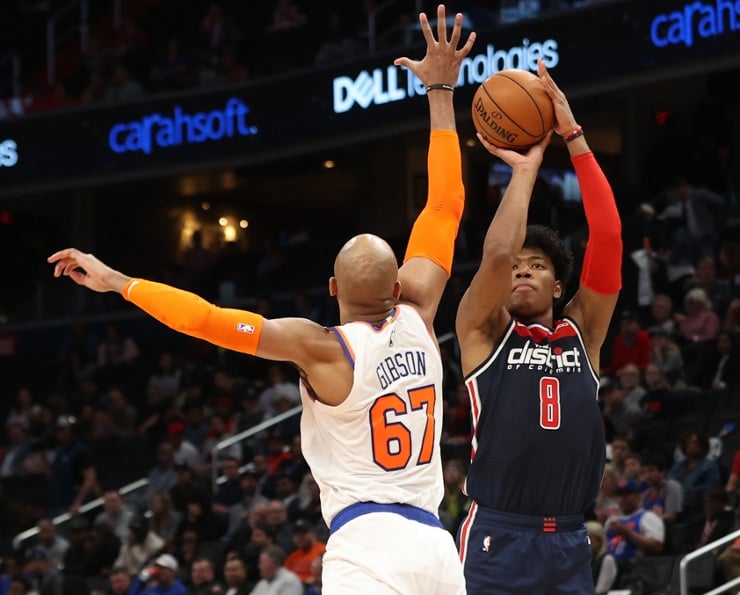 Taj Gibson has agreed to a one-year deal with the Wizards. This signing comes two days after the Knicks waived the 13-year veteran. On Aug. 7, 2021, the center/forward agreed to restructure his contract. His deal was altered to a two-year, $10.1 million contract. He earned $4.910 million last season and is projected to make $5,155,500 for the 2022-23 season.

Equally important, aside from Gibson, the Wizards also have Yannick Nzosa and Vernon Carey Jr. at center. Nzosa was selected 54th overall by the team in last month’s draft. Days ago, Thomas Bryant also left the Wizards to sign a one-year, $2 million contract with the Lakers. Therefore, the team had to explore other options to revamp the roster for next season.

During the first round of the 2021 NBA Playoffs, Gibson finished his Game 5 performance with 4 points, 10 rebounds, 2 steals and 1 block in the Knicks’ 103-89 loss to the Hawks. He has not reached career-high numbers in the playoffs since 2014.

Over the past two seasons, Taj Gibson started in only seven games for New York. His playing time has dwindled since the 2018-19 season, but he is still averaging at least four rebounds per game. Knicks president Leon Rose and G.M. Scott Perry have full confidence in Mitchell Robinson. The center signed a four-year, $60 million deal this offseason.

The Knicks had to move players around to sign Jalen Brunson

In addition to re-signing Robinson, the Knicks had to clear up cap space to sign free agent guard Jalen Brunson. They traded Kemba Walker, Alec Burks and Nerlens Noel to the Pistons. And Walker then discussed a contract buyout with Detroit, allowing him to hit free agency.

According to Fred Katz of The Athletic, the Knicks signed Brunson through cap space instead of negotiating a sign-and-trade agreement with the Mavericks. Brunson signed a four-year, $104 million contract with New York at the start of free agency.

Both the Knicks and Wizards had underwhelming performances in the 2021-22 season. The Wizards finished 35-47 (.427) and ranked 12th overall in the Eastern Conference. After Scott Brooks agree to part ways with Washington in 2021, Wes Unseld Jr. replaced him.

Likewise, the Knicks went 37-45 (.451) last season, ranking 11th overall in the East. The team was officially eliminated from playoff contention after the Hawks defeated the Cavaliers at the end of March. Other news stories related to Taj Gibson are on the main page.