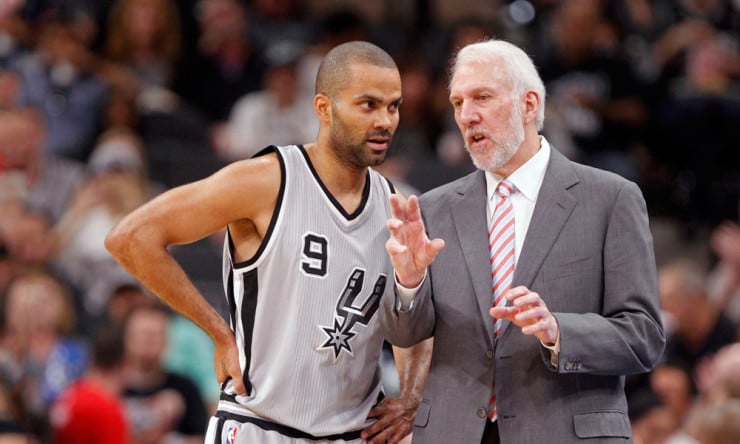 With the San Antonio Spurs set to report to the team facilities Monday for media day, point guard Tony Parker received some positive news Friday when doctors cleared him to participate in the club’s upcoming training camp, after he suffered a season-ending torn quadriceps tendon in May during the Western Conference semifinals.

“The thing is, I did an MRI on Friday, and the doctor said they were really happy with the MRI,” Parker told Marc J. Spears of The Undefeated. “It looked very good. So they cleared me. But it’s still going to be like another, I think, two months to get back in shape and getting my leg stronger.”

Parker, 35, originally suffered the ruptured left quadriceps tendon during San Antonio’s 121-96 win over the Houston Rockets in Game 2 of the Western Conference semifinals. While the severity of Parker’s injury left pundits to ponder whether it was career threatening, the point guard said he never considered retirement.

In addition, the organization never issued a specific timeline for Parker’s return, and the point guard mentioned early on during his rehabilitation that he expected to return to the court in January.

Parker called the latest development in his rehabilitation “great news,” but he cautioned against expecting a quick return to action. In fact, Parker made it clear he won’t be suiting up for the team’s opener on Oct. 18 against the Minnesota Timberwolves as the Spurs, under coach Gregg Popovich, typically take an ultra-conservative approach in bringing players back from injury.