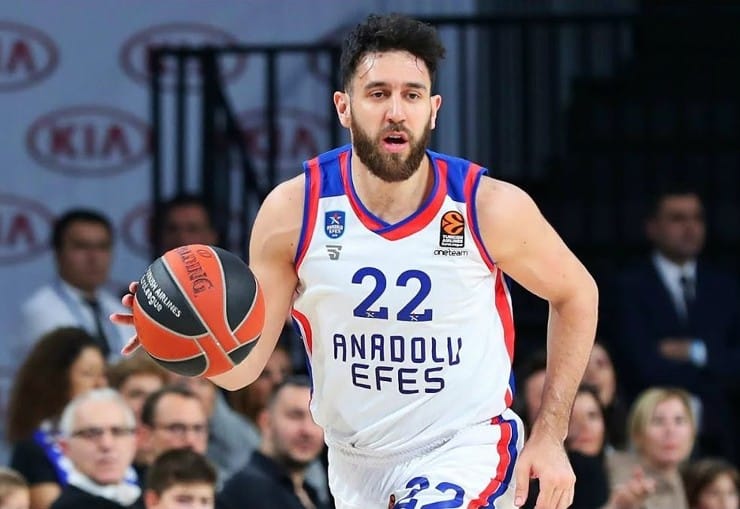 Vasilije Micic was selected 52nd overall by the Philadelphia 76ers in the 2014 NBA Draft. However, he never appeared in an NBA game. The 6’5″ guard is disappointed.

In December 2020, along with Al Horford, Theo Maledon, and a 2025 first-round draft pick, Micic was traded to the Oklahoma City Thunder for Terrance Ferguson, Danny Green, and Vincent Poirier.

According to some NBA betting sites, the 76ers have top-10 odds of winning the championship in 2023. Find out which sportsbooks are showing the highest odds.

Even then, Vasilije Micic believes he was never given a fair chance in the league. Despite the Thunder trade, he still never played in a single NBA game. The 28-year-old Serbian admitted one thing: it’s not about the money.

“I really don’t have a specific answer,” answered Micic when a Eurohoops reporter asked him why he never signed with an NBA team.

“I don’t want to repeat myself; I’ll be honest. And I have a desire to go to the NBA, but as you can see, things are not going well. I always prioritize basketball in my decisions.”

“I didn’t even chase after the money I am earning in Europe, which is hard to earn. And I never chase money, I never chase individual prizes, but I know that if I put a lot of effort into my game and get good results, something must come in return: rewards and money…”

Micic has spent the last three seasons with Anadolu Efes, a Turkish professional basketball club based in Istanbul, Turkey. He enjoys playing in European leagues.

Moreover, Vasilije Micic thinks his situation has to do with minutes played. If he signs with an NBA team, the guard wants a more meaningful role. He doesn’t want to spend most of his time on the bench.

“To be honest, I haven’t personally spoken to anyone,” Micic told Denver Nuggets center Nikola Jokic. The two-time EuroLeague champion says if an NBA team wants him to make an impact, then he will get offered a worthwhile contract.

“From what I heard from my agents, there were rumors about some teams,” continued Micic. “Some teams were interested in me. As far as I understand, people there are hesitant to give me the role that I want. I was talking to Jokic, he’s the best player out there.”

“He said to me, ‘It doesn’t matter who you are when you’re there, what matters is the role you get, whether they will sign you, and the money in return.'” Jokic is correct. This explains why Vasilije Micic plays in another professional league right now.