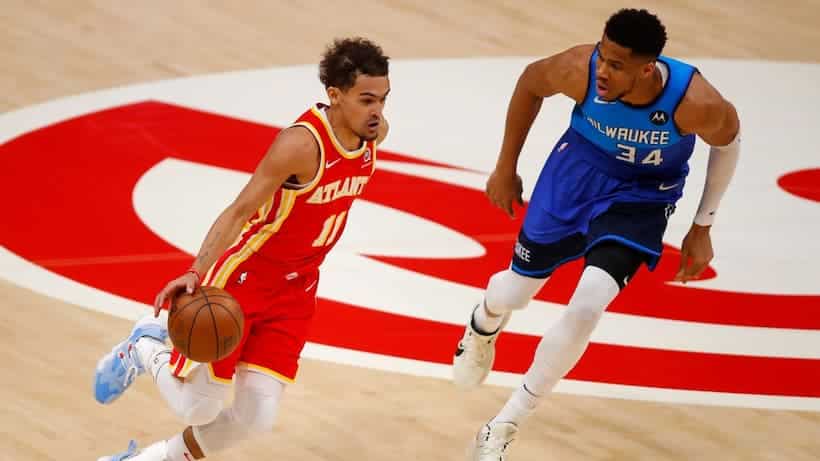 In his third year in Dogwood City, Trae Young came of age, matching the likes of the 76ers Joel Emblid and even Bucks eventual championship-winning star Giannis Antetokounmpo for offensive production en route to what was so very nearly an NBA Finals appearance for the Atlanta Hawks.

The former Oklahoma standout regularly put up 30+ points per game during the NBA Playoffs, and, who knows what would have happened if he hadn’t injured his ankle in Game 4 vs Milwaukee Bucks. Young sat out the Game 5 defeat that surrendered the 3-2 advantage over to the Freak and co. and looked a shell of himself in Game 6 as the Hawks crashed out in the semi-finals, 4-2. But, if not for that ankle injury, we could easily be talking about last year’s Finals MVP – that’s the truth of it.

Clearly, my assessment of Trae Young as a world-class talent is not without merit. There are plenty of NBA fans who feel the same way, and this is evidenced by a new, requested NBA betting line currently doing the rounds over at the Bovada sportsbook. 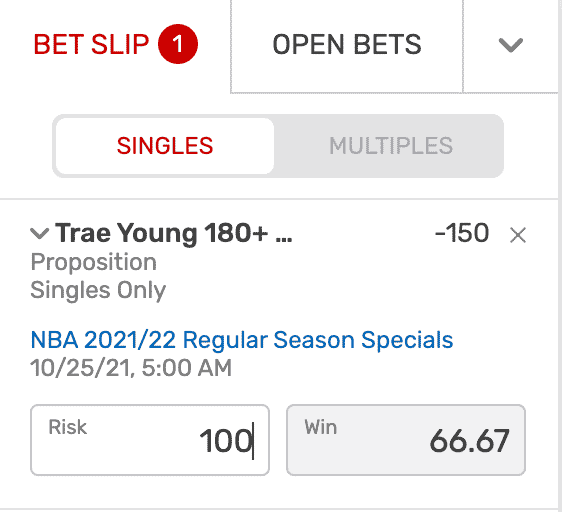 But this Bovada NBA betting line doesn’t care about how many times Young scores 30+, or how many assists he gets, or how nice his hair looks. None of that matters. All that matters where the above speculative $100 wager is concerned is, Will Trae Young Net 180+ 3-pointers in the 2021/22 NBA Regular Season?

There are 82 games in an NBA regular season, so to hit the Bovada target of 180, Trae Young needs to average approximately 2.2 3-point baskets per outing. So, how likely a feat is this for the young Hawks playmaker?

Well, 2021/22 will be Young’s fourth season in the NBA and he has generally been on an upward trajectory each season in terms of his performance and his ability to impact matches. However, when it comes to analytics, Trae Young averaged fewer minutes per game, points, and, crucially, 3-pointers in 2020/21 than he did in 2019/20.

Last season, however, Young’s minutes per game dropped from 35.3 to 33.7; his 3-point attempts dipped from 9.5 to 6.3, and his 3-pointers made stats were down at 2.2 per game. Over 63 games, this equates to roughly 139 3-point field goals in 2020/21 for Young, which is well below what’s required for the above wager to payout. It is worth mentioning that the 2020/21 campaign was shortened by 10 games. But, 2.2 buckets from behind the line on average is only enough for this wager to come in IF Young plays every single game, and even then only just (180.4).

The important thing to take from all this is that Trae Young – as good as he is – does tend to miss 10-15 games per season, and does now shoot from behind the line with much less regularity. So…

The entire Basketball Insiders office rates Trae – let’s just get that straight first – there aren’t many more creative players than Hawks talisman in the league, and we love watching him. But, the fact of the matter is this: Trae Young is not a great 3-point shooter. He’s not bad. But he is no Stephen Curry – no matter how much you might want him to be.

Young’s career (and 2020/21) average from downtown is .3.43%. To put this into context, that average places Young way outside of the top 100 3-point shooters in the NBA in terms of accuracy. And that’s why he isn’t being asked to shoot from distance so much anymore – not enough of them are going in.

Clearly, Hawks head coach Nate McMillan feels it’s wiser that Young does what he is good at and assists the likes of Tony Snell and Bogdan Bogdanovic for those crucial 3s…

To bet or not to bet?

With all that in mind, it’s hard to make a case for this bet, especially at -150. For those odds, we’d be expecting a Joe Morris or a Donovan Mitchell at -150.

There is, however, a separate Bovada market for Mitchell to hit 200+ and Young to hit 180+. The odds on that future coming home are much kinder at +180. And, here at BBI, maximizing potential profit is the name of the game. 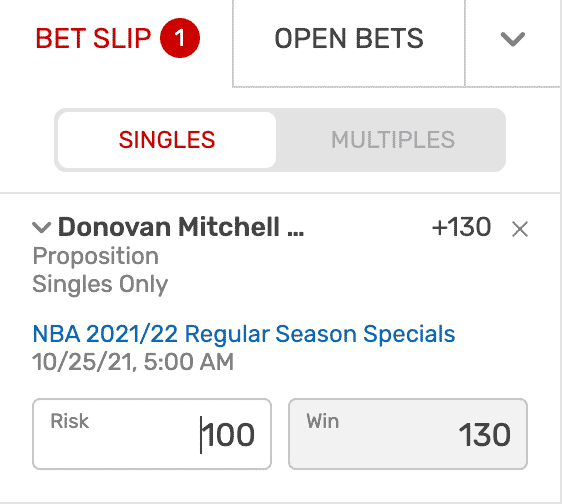 If you are planning to wager on this selection of NBA specials, our pro tip for the day is to take Mitchell (200+ 3pointers) with Young (180+ 3-pointers) at the improved odds of +180, just because the potential reward is significantly higher. Plus, it’s possible to get up to $1,000 in matched deposit bonus when you join Bovada using this unique Bovada bonus code, so you could technically take a punt on this one for free anyway.

Other than that, we’re not convinced Trae Young hits 180, so at -150 betting odds, perhaps steer clear.