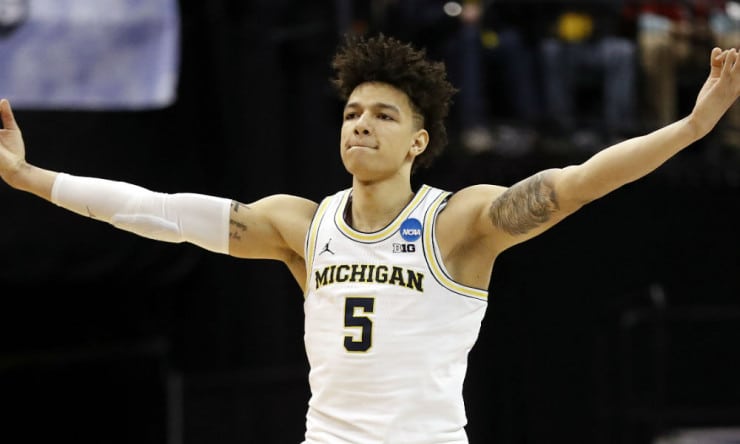 With the emergence of Giannis Antetokounmpo, the Milwaukee Bucks are a team that has tickled the imaginations of anyone who watches the NBA. With Greg Monroe exercising his option to remain with the team for the 2017-18 season, with Khris Middleton and Jabari Parker returning, the Bucks hope to find themselves continuing to progress in the NBA’s hierarchy.

They now hope that D.J. Wilson can be a part of that process.

Wilson, a 6-foot-10 forward from the University of Michigan is considered by many to be a late bloomer. After red-shirting his freshman year, Wilson made the most of the playing time he eventually earned and is someone who scouts believe can stretch the floor from the front court positions. With an impressive 7-foot-3 reach, Wilson will enter a front court that has quite a few contributors, including one of last season’s surprise first round picks, Thon Maker.

What has become clear is that the Bucks are assembling a legion of lanky, rangy players who are somewhat interchangable on the defensive side of the basketball. That’s what the modern NBA has been veering toward over the last few years. Wilson blocked 1.5 shots per game last season at Michigan and is a better than advertised play maker. The minutes might not necessarily be there for him in his rookie season, but if there’s one thing that head coach Jason Kidd has proven, it’s that he’s willing to give all of his players an opportunity to carve out some minutes.

At the very least, Wilson’s skill set appears to fit right in with the rest of the Bucks. Now, we’ll see whether he’s as impactful as some of his new teammates.