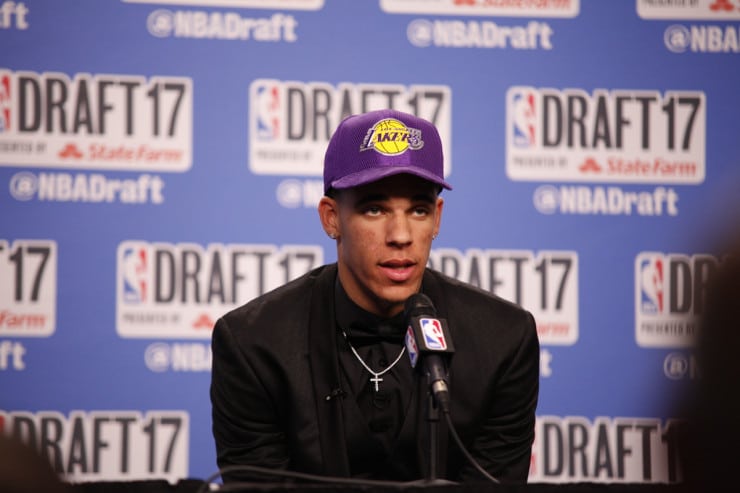 The lead up to the 2017 NBA Draft has been a roller coaster of trades and trade speculation on top of normal speculation as to which players would be drafted by various teams. One of, if not the biggest trade, has been the trade between the Boston Celtics and the Philadelphia 76ers. The trade has resulted in the widespread knowledge that the 76ers will be taking guard Markelle Fultz with the number one pick. That leaves the Los Angeles Lakers with the only pick that is not already set in stone.

With the Lakers, University of Los Angeles guard Lonzo Ball potentially represents what the Lakers have been seeking. Ball can be the star that fans have been starving for, that makes the team better and returns the Lakers to past glory.

Is Ball the next Magic Johnson? The logical answer is most likely not, but Ball can be the next great Lakers point guard. The path for Ball to succeed has also been paved with the recent trade of guard D’Angelo Russell to the Brooklyn Nets in exchange for Brook Lopez and the number 27 pick (via Celtics).

Standing at 6-foot-7 with a 6-foot-10 wingspan, Ball has strong physical measurements. He is not the most athletic prospect in the draft. What helps him stands apart are the more intangible factors. He has great vision, good feel for the game and outstanding passing. At UCLA, Ball averaged 14.6 points, 6.0 rebounds and 7.6 assists per game in 35.1 minutes per game. In 36 games, he shot 55.1 percent overall and 41.2 percent on three-point attempts.

Substantive criticism of his game include an unorthodox jump shot that may make it difficult to score on the pro level, somewhat average defense and either an unwillingness or inability to consistently get to the rim.

Look for the Lakers to continue to build around their young core led by forward Brandon Ingram and Ball while attempting to secure the services of forward Paul George through a possible sign and trade.