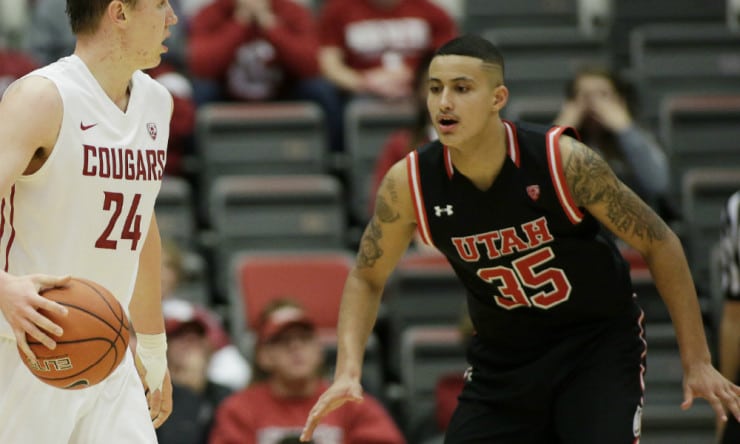 With the No. 27 overall pick in the 2017 NBA Draft, the Los Angeles Lakers selected power forward Kyle Kuzma from the University of Utah.

After a strong showing during the NBA Combine, Kuzma shot up draft boards around the league. Over his three years with Utah, Kuzma improved in every successive campaign, culminating in an average of 16.4 points, 9.3 rebounds and 2.4 assists over a staggering 30.8 minutes per game in 2016-17.

Of course, Kuzma was the final remaining piece from Tuesday’s trade that was centered around Brook Lopez and D’Angelo Russell. Kuzma will join point guard Lonzo Ball as part of the Lakers’ new draft class as the front office moves the franchise into the next era.

Currently, Kuzma will have beat out Larry Nance Jr. and Julius Randle for playing time at power forward in 2017-18, but that number could rise quickly if the Lakers make a trade for superstar Paul George in the near future. The talented scorer is now the third player from Utah currently in the NBA, joining Delon Wright (2015) and Jakob Poeltl (2016), both of whom are on Toronto Raptors.