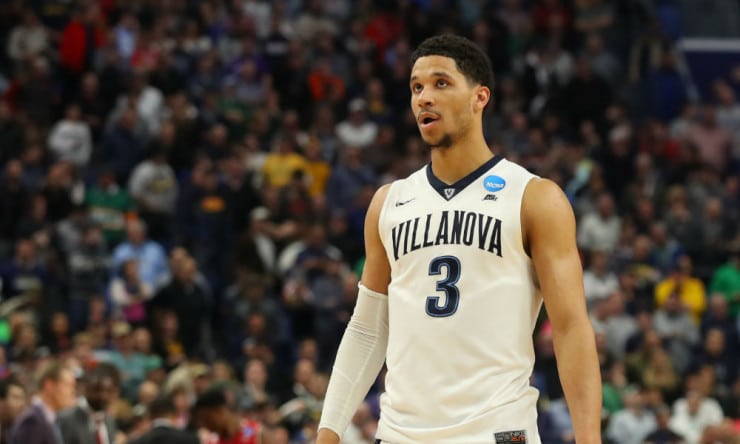 After acquiring it along with the 42nd pick in exchange for sending the 28th pick to the Utah Jazz, the Los Angeles Lakers drafted former Villanova standout Josh Hart with the 30th pick in the 2017 NBA Draft.

Hart, a senior, was extremely productive at Villanova and projects as a relatively NBA-ready player right away. He should see playing time in a somewhat thin Lakers guard rotation that will also feature second overall pick Lonzo Ball, and his poise will be much-needed with a young group. He’ll also need to provide solid knockdown shooting during the minutes he plays at the shooting guard position. He likely never projects as an elite-level guard in the NBA, but the Lakers aren’t asking that of him after selecting Ball much earlier it the draft. Hart nailed 40 percent of his triples as a senior—a pace he needs to maintain to be a successful NBA player.

Hart doesn’t have as much raw athleticism as some of his peers, though he’s strong and has great balance, even through contact. He’s good at finding the right creases when he doesn’t have the ball, whether it’s snaking in for a rebound or making the right cut for a passer. Whether he has enough raw skill to survive at the next level remains to be seen, but he’s worth a shot here at the back of the first round with much more of a sure thing already locked up in Ball.