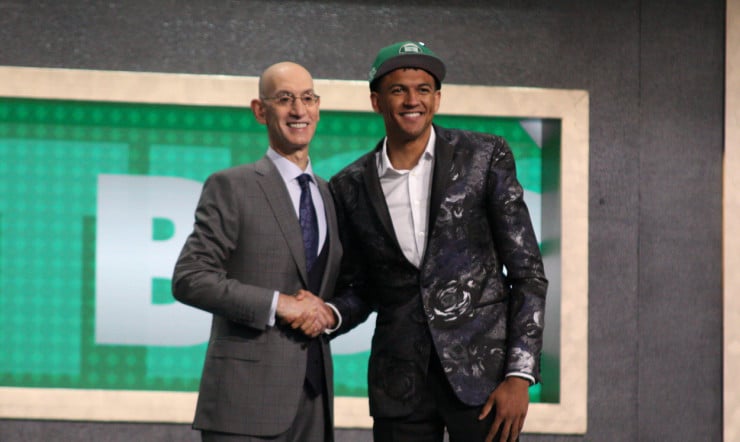 With the 20th overall pick in the NBA Draft, the Philadelphia 76ers have selected Matisse Thybulle, a versatile athlete from the University of Washington.

Just moments before the Boston Celtics were set to take the stage for their second pick of the first round, ESPN’s Adrian Wojnarowski broke the news.

Deal is agreed on — and Sixers will send Boston Nos. 24 and 33 in this draft, league sources tell ESPN. https://t.co/XM7bHrkNH7

In today’s NBA landscape, Thybulle represents the ideal 3-and-D prospect. And for Philadelphia, a franchise stacked to the brim with scoring and shooting prowesses already, Thybulle makes perfect sense. Last year, the 76ers lost Robert Covington, the team’s best perimeter defender, in the move that brought Jimmy Butler to town — Thybulle absolutely represents a potential answer in the rotation.

At either shooting guard or small forward, the stretchy Thybulle could cause havoc alongside Ben Simmons and Joel Embiid. The former standout won’t be asked to score often, which will allow him to develop in a playoff-bound rotation by merely focusing on his NBA-ready strengths.

The 76ers, who were rumored to have promised Thybulle at No. 24, decided that a move up the draft board was necessary — a trade that speaks volumes about Philadelphia’s love for the 22-year-old. In 2018-19, the 76ers boasted an elite defensive unit and adding Thybulle makes them even scarier somehow.