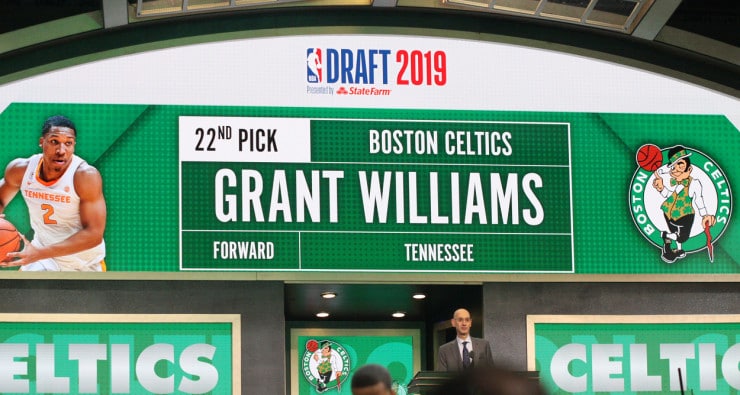 With the 22nd overall pick of the NBA Draft, the Boston Celtics have selected Grant Williams, a former standout with the Tennessee Volunteers.

Williams almost opted to stay in school for his senior season — but this first-round selection validates his decision to move to the next level. At 6-foot-7, Williams offered the type of well-rounded, energy-driven athleticism that the Celtics could always utilize. He’ll need to improve from deep to really leave his mark on head coach Brad Stevens’ tough-to-crack rotation, but his versatility and hard-working skillset will make him a fan favorite in no time.

For those looking for more information on Williams, Basketball Insiders offered a closer look at the forward after the NBA Draft Combine in May. During scrimmages at the combine, Williams was well-lauded for his attention to detail and natural leadership abilities — so it won’t be long before the Celtics’ veteran-driven rotation makes room here either.

In all, Williams was an NCAA Unanimous First Team All-American and the reigning back-to-back SEC Player of the Year — he’s got the awards and plaudits to prove an impressive collegiate resume. If he can take his game to the next level, it’s hard to argue that there was a more perfect home for Williams’ talents than in Boston.