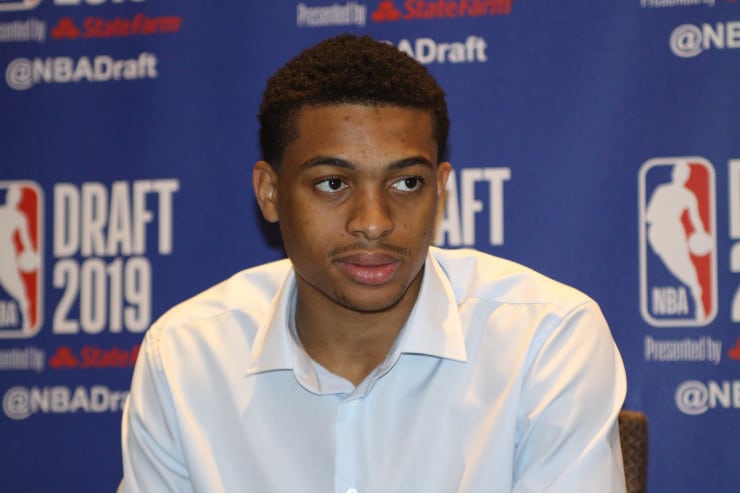 With the 29th overall pick in the NBA Draft, the San Antonio Spurs select guard Keldon Johnson from the University of Kentucky.

Johnson wasn’t the most prolific Wildcat during his freshman season at Kentucky, but the guard put in some serious work on the offensive end of the floor. His numbers don’t exactly jump off the page — 13.5 points, 5.9 rebounds and 1.9 assists per game — but the effort and energy were there. Under the watch of Greg Popovich, Johnson certainly has the potential to be a high-end contributor off the bench alongside the other guards in the Spurs’ backcourt.

Johnson wasn’t exactly fleet of foot; he had the tendency to fall asleep on defense and, when he was aware, his heavy feet had him a step too slow on some contests. Johnson may also struggle to create opportunities for himself as well, as he isn’t a superb athlete, and he won’t be able to brute force his way to the basket at the next level.

Still, Johnson should fit right in in San Antonio. He will have to continue to put in the work — some extra work, even — but, given his draft position, he should provide quality offense alongside DeMar DeRozan, LaMarcus Aldridge and the rest of the Spurs.