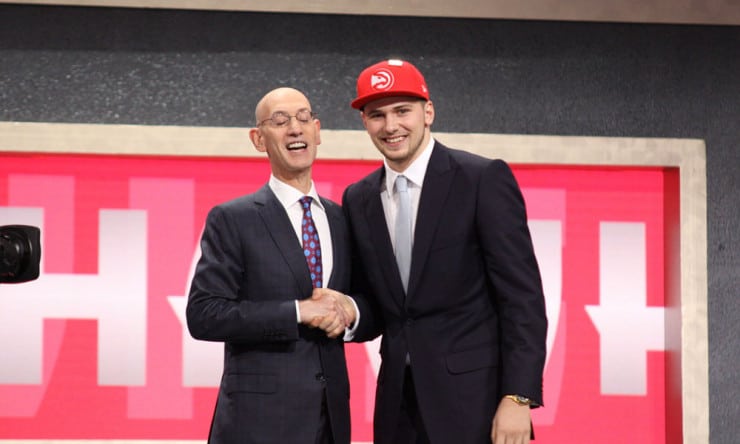 With the No. 3 pick in the 2018 NBA Draft, the Atlanta Hawks selected Luka Doncic, small forward, Real Madrid.

It is being reported by The New York Times that the Hawks will send Doncic to the Dallas Mavericks in exchange for the No. 5 overall pick with the contingency being that guard Trae Young is still on the board. The Mavericks will also reportedly send the Hawks another first rounder in the future.

After missing the playoffs just once from 2001 to 2016, the Mavericks have failed to reach the postseason the past two campaigns. Dallas is attempting to reload while future Hall of Fame forward Dirk Nowitzki is still active. The team selected dynamic point guard Dennis Smith Jr. last season and signed swingman Harrison Barnes to a lucrative deal in 2016.

Doncic is arguably the most NBA ready prospect in the draft from day one with multiple years of professional experience playing overseas. Doncic has a very high basketball IQ, possesses solid passing vision and is able to create his own shot.

At 19, Doncic became the youngest MVP in Euroleague history this past season, leading Real Madrid to the championship where he was also named Euroleague Final Four MVP.

Doncic was named Final Four MVP after the game as well, per Euroleague. During the Euroleague season Doncic averaged 16.9 points, 4.8 rebounds and 4.6 per game in 30 contests.

Doncic will join a young Hawks core of point guard Dennis Schroder and forward John Collins, two of the team’s first round draft picks from prior years.