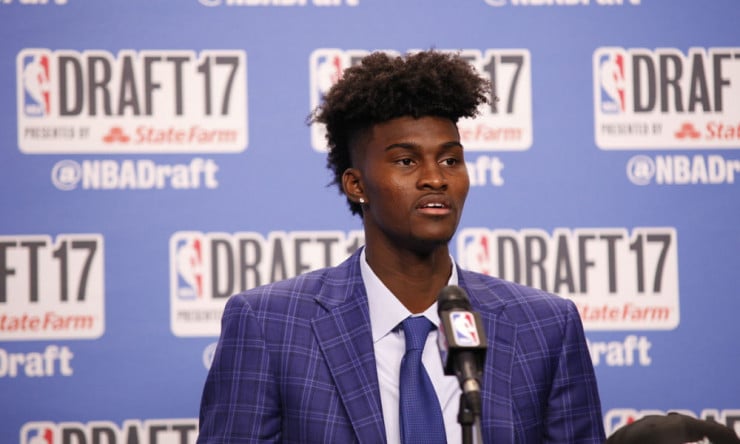 With the sixth pick in the 2017 NBA Draft, the Orlando Magic have selected Jonathan Isaac from Florida State.

Isaac has been touted as a player that has perhaps the highest upside of anyone in this draft class. In just one season in college, Isaac averaged 12 points, 7.8 rebounds, 1.5 blocks, 1.2 steals and 1.2 assists per game. In one game during the NCAA Tournament (played in Orlando), Isaac recorded 17 points, 10 rebounds, five assists, three blocks and two steals against Florida Gulf Coast.

Measuring in at 6-foot-11 with a 7-foot-1 wingspan, Isaac has the potential to be a nightmare on the defensive end. He has the quickness and versatility that will allow him to guard positions 1-4 and he projects to play well in a pick-and-roll defense given his ability to switch everything. He figures to come in and immediately become one the Magic’s top defenders.

Isaac will be a welcomed addition to a roster that doesn’t feature too many versatile players on the court. He can play as the big man in a small-ball lineup or can run in a big lineup with Nikola Vucevic and Bismack Biyombo. While he wasn’t the strongest three-point shooter in college (34.8 percent), he’ll still be able to keep defenses honest and can help stretch the floor.

The Magic selected Isaac with the first of their four total draft picks. They also hold selections 25, 33 and 35. It remains to be seen which players the team will be targeting with the three remaining picks, but they figure to have a great chance to add more depth given how deep this draft is said to be.

New Magic President of Basketball Operations Jeff Weltman said the team will be looking to draft the best available player and they appear to have done that with Isaac.