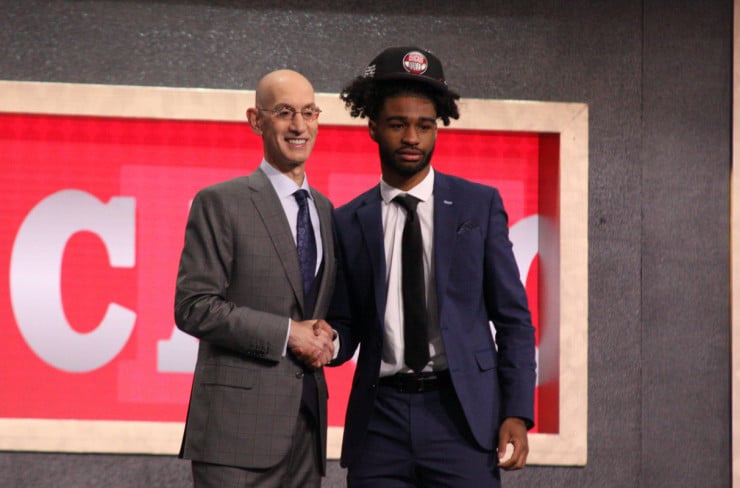 With the seventh overall pick in the 2019 NBA Draft, the Chicago Bulls select guard Coby White of the University of North Carolina.

The Bulls have a lot of talent on their roster — Lauri Markkanen, Zach LaVine, Otto Porter, etc. — but they have lacked a general to lead them into battle. Kris Dunn, brought over from the Minnesota Timberwolves in the same deal that netted them Markkanen (via the draft) and LaVine two seasons ago, flashed ability on the court but, ultimately, has fallen short of that franchise point guard that most teams covet. Hopefully, for the Bulls, White can be that guy.

White was an offensive hub at UNC, a speedster on the court who wasn’t afraid to drive deep into the paint or spot up from deep. In his lone season with the Tar Heels, White averaged 16.1 points, 3.5 rebounds and 4.1 assists while shooting 42.3 percent from the field and 35.2 percent behind the three-point line. He isn’t the best passer in this draft, but White has solid court vision and can make the pass when he has to. The 19-year-old is also a fairly competent defender — White averaged over a steal per game at North Carolina and has the speed to keep up with anyone on the court.

White isn’t without his faults; his jumper could use some work and, at times, he struggled off the dribble. White often tried to do too much as well, forcing bad shots from time to time.

Still, the Bulls nab a high-quality guard that can lead them into the future. With a number of quality pieces already in place, a leap could be coming sooner than expected.