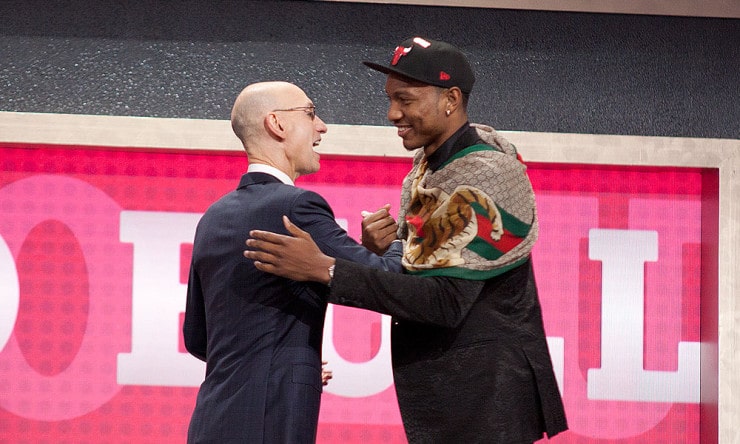 With the seventh pick in the 2018 NBA Draft, the Chicago Bulls selected Wendell Carter Jr. out of Duke University.

Carter, 19, averaged 13.5 points, 9.1 rebounds and 2 assists per game in his lone season with the Blue Devils. One of the more versatile players in the draft, Carter is a do-it-all forward that can defend multiple positions. Carter spent most of his time in the frontcourt alongside forward and second overall pick Marvin Bagley III.

Slightly overshadowed by Bagley, Carter, standing 6-foot-10 and near 260 pounds, held his own and was an absolute workhorse at Duke. Offensively, he has a diverse game — Carter can bang down low with other bigs or step outside and shoot the ball. Defensively, he can guard multiple positions and is a good shot blocker, totaling 76 blocks across 37 games.

Carter will join last year’s seventh overall pick, Lauri Markkanen, in Chicago as the Bulls continue to rebuild their roster. Together, Markkanen and Carter could be a dominant frontcourt duo for the Bulls for years to come.