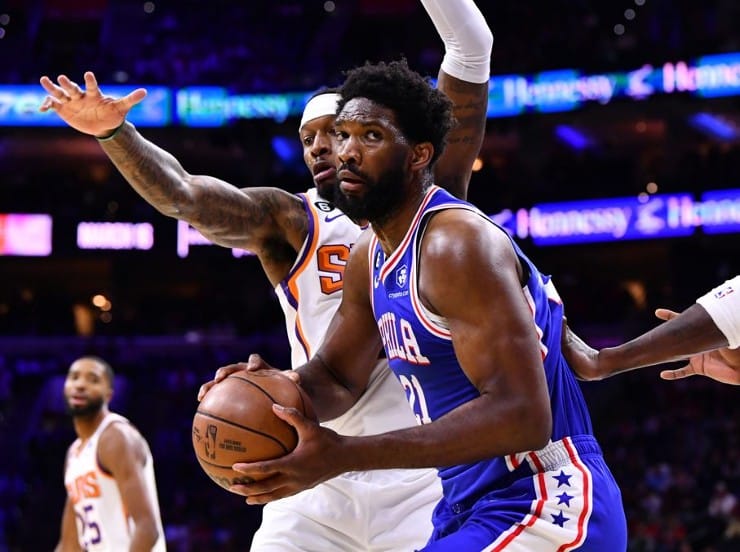 Philadelphia 76ers center Joel Embiid enjoys playing in the City of Brotherly Love, but there will come a time when the five-time All-Star feels unwanted, unappreciated. Is that time now?

“Sixers fans, they want to trade me,” Embiid told Jake Fischer of Yahoo Sports following Tuesday night’s 123-103 win over the Sacramento Kings. He ended his outing with 31 points and seven rebounds.

The seventh-year player was asked his thoughts on a small segment of Philly fans, demanding 76ers G.M. Elton Brand to fire coach Doc Rivers and trade away certain players.

According to some NBA betting sites, the 76ers have the 11th-best odds to win the championship in 2023. A few sportsbooks show better odds for the Cleveland Cavaliers and Brooklyn Nets.

With four straight 35-plus-point games and his fourth career 50-point game over the weekend, Joel Embiid has once again given Sixers fans a reason to feel positive: https://t.co/jWDgsMuBku pic.twitter.com/magFlUfiu5

“I do believe that,” continued the 76ers center after Fischer questioned his response. “They want to trade me… Look, all I can do is try to do my best every game. I’m grateful to be in this position, because it’s not an easy job. If it was easy, everybody would do it.”

While Embiid’s comments were directed at only a couple of Sixers fans, his response was more along the lines of tongue-in-cheek humor. He knows a lot of Philly fans still support him.

Not to mention, the 76ers star is posting a career-high true shooting percentage of 64.6%. Plus, Rivers is utilizing Embiid in 37.6% of team plays with him on the court.

Here is the Column by @JakeLFischer that has #Sixers Joel Embiid saying that some 76ers fans want him Tradedhttps://t.co/MMHcxCylmK

In August 2021, the center signed a four-year, $196 million contract extension with the team. If Philadelphia’s front office ever pulled the trigger on a Joel Embiid trade, it would be the dumbest move in franchise history.