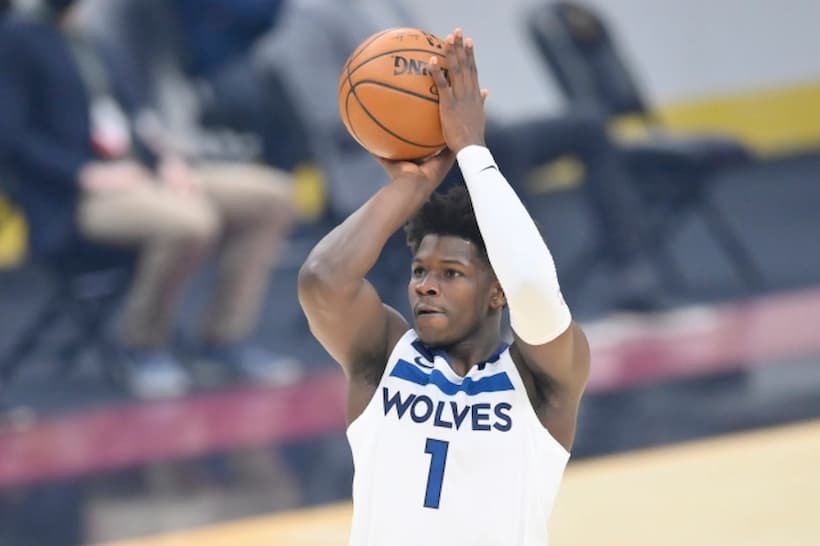 The season came to a screeching halt when big man Karl-Anthony Towns went down with a right calf injury at the end of November and hasn’t played since. Minnesota are 22-24 so far this season and are tenth in the Western Conference. One player who’s elevated his game to try and salvage the Timberwolves season is third-year pro Anthony Edwards. He even became the youngest player in NBA history with 500 made career threes.

Edwards came into the league at 19 years old and has blossomed nicely since then. He has a career average of (21.1) points per game and has been a productive player on both sides of the ball for the Timberwolves. The now 21 year old sometimes get lost in the discussion for some of the best young talent in the league do to the small-market franchise he plays for.

In being the youngest player to make 500 career threes, Edwards passed some of the best shooters in the game right now. That speaks to how high the level of talent is in the NBA today. Minnesota Sports Betting sites have the Timberwolves at (+12500) to win the Finals this season.

Edwards’ career three-point percentage is 36 which is not too shabby at all, but it could certainly still improve. The league’s best three-point shooters hover around 40 percent or better. He can do it all for his team as well. His defense is elite and he leads the team in steals with (1.7) per game this season.

With Edwards making 500 career three’s, who did he pass in the process? We’ve got that list for you.

On top of all this, Edwards is also having a career-high in points (23.7), rebounds (6.0), assists (4.4), and steals (1.7) per game. Those numbers are up in large part due to Towns being out, but you can’t knock Edwards for stepping up and playing better when the team needs him to.