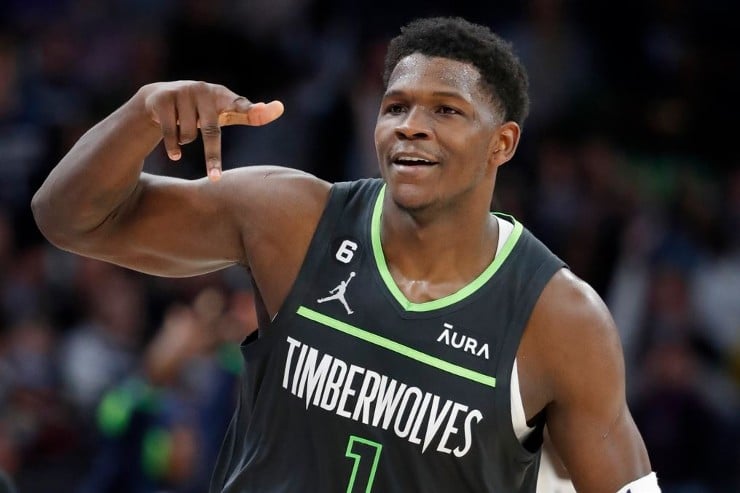 With the proper conditioning, Edwards feels his legs can return to normal at some point this season. “I feel like I lost some of my powers,” the 21-year-old told Chris Hine of the Minneapolis Star-Tribune.

According to a few NBA betting sites, the Timberwolves possess the 14th-best odds to win the championship in 2023. Some sportsbooks show higher odds than the Los Angeles Lakers and Portland Trail Blazers.

Anthony Edwards on not having dunked yet this season:

“I would like people to think I’m heavy so they would think my first step is not as quick and it’s probably a little quicker.”

Following the Timberwolves’ 107-98 loss to the San Antonio Spurs, the guard talked more about his dunking problem. “Every time I can get to the rim, I have no chance to dunk.

On Tuesday night, in the Timberwolves’ 116-107 loss against the Phoenix Suns, Edwards and Karl-Anthony Towns led Minnesota in scoring with 24 points.

In 40 minutes, Anthony Edwards also accumulated 6 rebounds while shooting 8-of-21 from the floor and 5-of-10 from 3-point range. Minnesota outrebounded Phoenix 42-34.

However, the Timberwolves’ 16 turnovers contributed to their loss.

While Edwards has yet to unlock his full potential in the NBA, the Georgia product is still finishing with solid numbers. Through eight games this season, the guard is averaging 23.1 points, 6.1 rebounds, and 4 assists.

Since only two weeks have gone by in the 2022-23 season, Anthony Edwards has plenty of time to return to form. An NBA player can be less interesting to watch with no dunking.