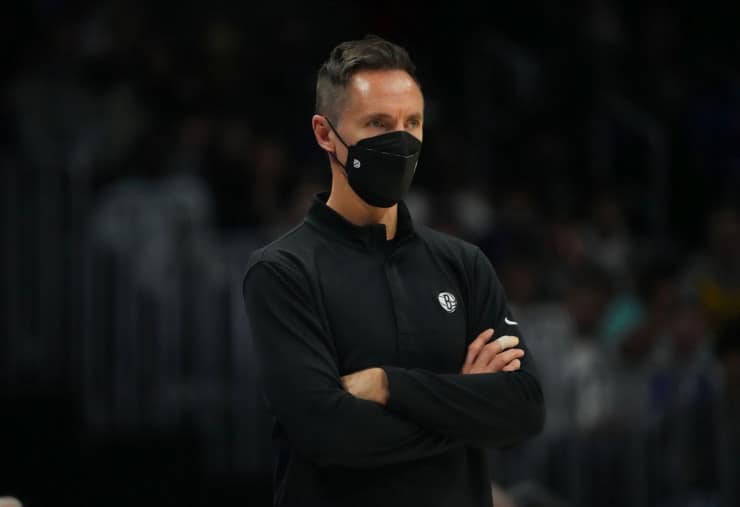 The deal is done; Ben Simmons and James Harden are moving on after the blockbuster trade went down between the Philadelphia 76ers and Brooklyn Nets.

This move allows both teams to move on from disgruntled star players that were longing to be traded. The two headliner names are Simmons and Harden, but they were not the only players that changed teams in this deal. Paul Millsap also went to Philadelphia, after voicing his desire to find a new home earlier this year. Brooklyn also received Seth Curry, Andre Drummond, and two first-round draft picks.

Brooklyn will receive Philadelphia’s unprotected 2022 first-round pick, with the right to defer it to 2023, as well as a top-8-protected 2027 first-round pick. That pick would remain top-8 protected in 2028 and will turn into two second-round picks, and $2 million in cash if it doesn’t convey in either season.

Looking at this from Philly’s side of things, it solves a lot of issues. Obviously, not having Simmons on the floor at all has hampered them. While they have had a great season up to this point riding the shoulders of Joel Embiid, they now have another star to put next to him. Embiid has been healthy this season and has been the favorite to win the MVP award with his monster stat lines, in addition to the team’s success.

“Joel Embiid, right now, we could argue that he’s probably the best player in the NBA. … I said what I said!”

The major caveat here is the idea that the 76ers are getting the Houston version of Harden, not the out-of-shape and inconsistent player we have seen in Brooklyn. Should he return to something comparable to the former, he would be a massive upgrade for their offense. His ability to shoot and get to the free-throw line makes him one of the most dynamic forces on that end of the floor.

One of the major benefits of this trade for Philadelphia was the fact that they were able to hold on to Tyrese Maxey and Matisse Thybulle. The two young players will play important roles going forward, especially Thybulle, who is one of the league’s best defenders.

Harden will exercise his $47.4 million player option for next season, as part of the trade. The 10-time All-Star is eligible to sign a four-year, $223 million extension with Philadelphia in August. He figures to be an excellent fit next to Embiid if he is able to stay healthy and get back into shape. The worry is that he will still resemble the broken player that he has been in Brooklyn, which makes his contract going forward look like a poison pill.

When considering all of the parts and pieces involved in this trade, it seems to reason that Brooklyn won this trade. With Harden playing in a shell of himself and not being committed or available, they were able to move on and avoid the risk of possibly losing him for nothing in the summer. Harden forced his way out of Houston and has never been the same. In all, the trio of Kevin Durant, Kyrie Irving, and Harden played a grand total of 16 games together.

When healthy last season, the Nets big three were so perfect together. But the Kyrie saga happened, Harden got frustrated, Durant got injured and the mix just never hit the same this time around.

The presence of Simmons gives the Nets a much-needed boost on defense and also provides another play-maker that is great at moving the ball. Their offense seemed to bog down with Harden on the floor, often slowly walking up the floor or holding the ball for far too long. Simmons may not be the shooter that Harden was, but he is better in almost every other facet of the game.

On top of the Simmons addition, Brooklyn also adds another lethal shooter in Curry. They have four elite scorers now between Durant, Irving, Curry, and Patty Mills. If Joe Harris returns this season, that is another knock-down shooter to add to the mix. Those are the perfect compliments to surround Simmons with, easing any pressure on him to score.

Brooklyn also desperately needed some size inside, and they addressed that with Drummond. The veteran big man provides them with one of the top rebounders in the league and will allow them to match up with bigger teams like Milwaukee and Philly. The two first-round picks are just the cherries on top of the cake.

In terms of consensus favorites to win the title this season, Caesars Sportsbook kept the Nets at 4-1 to win the championship, while shortening the 76ers from 12-1 to 7-1. The Nets are still the favorite following Thursday’s deadline, as they prepare to integrate Simmons and get Durant back after recovering from his knee injury.

Other odds makers dropped Brooklyn back in their title odds. The SuperBook at Westgate Las Vegas moved the Nets from 6-1 to 10-1 on Thursday. The SuperBook has the Warriors and Suns as co-favorites to win the title, each at 9-2 odds. The 76ers and Bucks are next, each at 6-1. The Nets are the favorites at the majority of sportsbooks, and they clearly made a massive upgrade with today’s move.

Brooklyn is riding a nine-game losing streak ahead of tonight’s game in Washington. They will have a day off before playing in Miami on Saturday. They will have three more games after that before the All-Star break. When Simmons gets back on the floor is anyone’s guess, but it will most likely be sometime after that.

Ben Simmons has already talked to Kevin Durant and Sean Marks, @KlutchSports' Rich Paul tells ESPN. Simmons is eager to join Nets and ramp up for a return to play this season, Paul says. "We've got to work to do to get him back to play, but it's a great step in right direction."

The date circled on the calendar now is March 10, when these two teams meet in Philadelphia. All eyes will be on this game, with the home crowd ready to unleash their displeasure with Simmons. This game will also go a long way in determining the playoff positioning for both teams, as they battle for one of the top four spots in the Eastern Conference.

In the end, both Daryl Morey and Sean Marks got what they wanted. The 76ers got Harden to upgrade their 14th ranked offense while the Nets have Simmons to help with their 19th ranked defense. Both teams got better today, but Brooklyn won this trade.