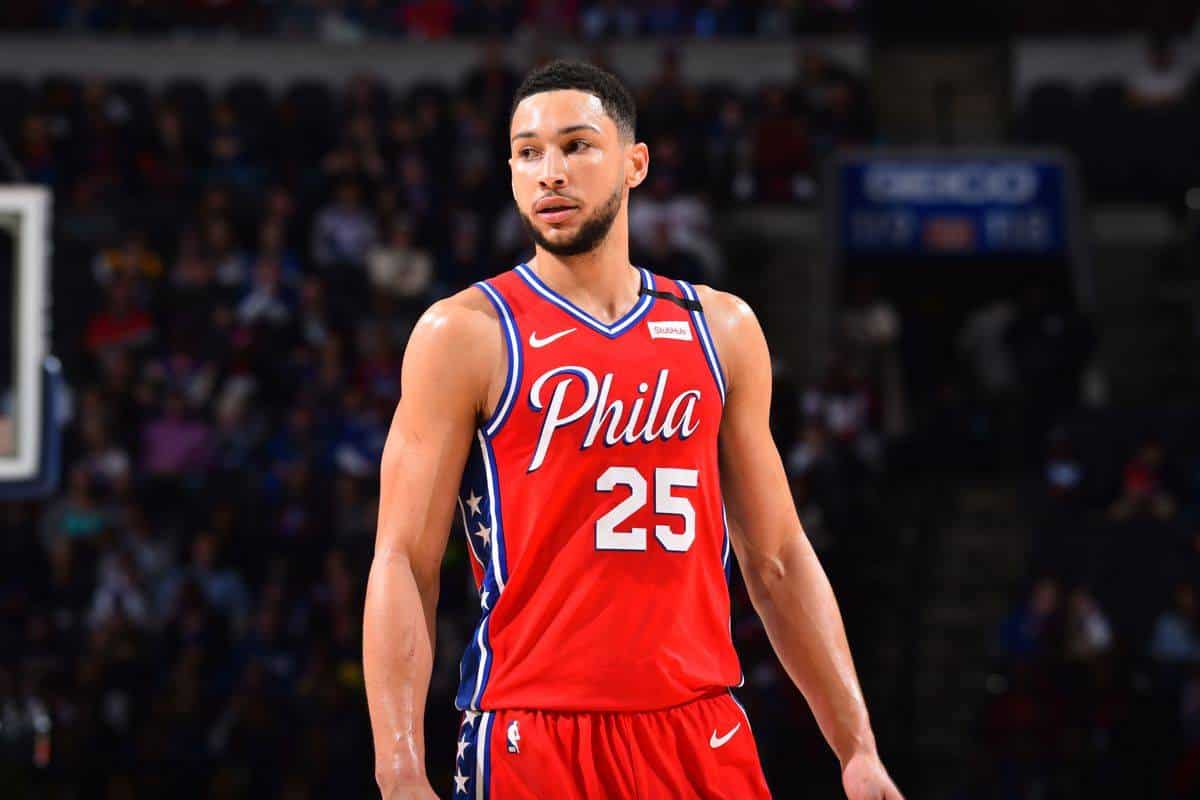 The Portland Trail Blazers were the favorites to trade for three-time All-Star Ben Simmons one week ago. However, according to oddsmakers at MyBookie, the Golden State Warriors now possess the best odds (+400) of trading for the guard, and the Minnesota Timberwolves have the second-best odds (+450) as well. The Sacramento Kings are tied with the Trail Blazers for the third-best odds (+650) and likelihood of landing the 25-year-old point guard.

As the days go by, bettors have to wonder if Portland’s front office were telling the truth about their refusal to surrender a first-round draft pick to acquire Simmons. Philadelphia 76ers’ general manager Elton Brand is still demanding a first-round pick. Over one week ago, reports suggested that Warriors’ general manager Bob Myers and head coach Steve Kerr were divided on how Simmons would fit in with Draymond Green, if there ever was a trade.

In the 2020-21 NBA season, Simmons averaged 1.6 steals per game, ranking seventh overall in the league. Simmons also earned his second NBA All-Defensive First Team selection. In 58 games played, he averaged 14.3 points, 7.2 rebounds and 6.9 assists per game. Plus, he averaged a field goal percentage of 55.7 percent, and he shot 30 percent from three-point range.

His defensive rating last season was 106.1, which ranked fifth. Furthermore, he finished his season with four triple-doubles, ranking 10th among players. The point guard ranks sixth for most career triple-doubles (32) among active players. The “Team Ben Simmons Plays First Game” odds for the 2021-22 NBA season are listed below. 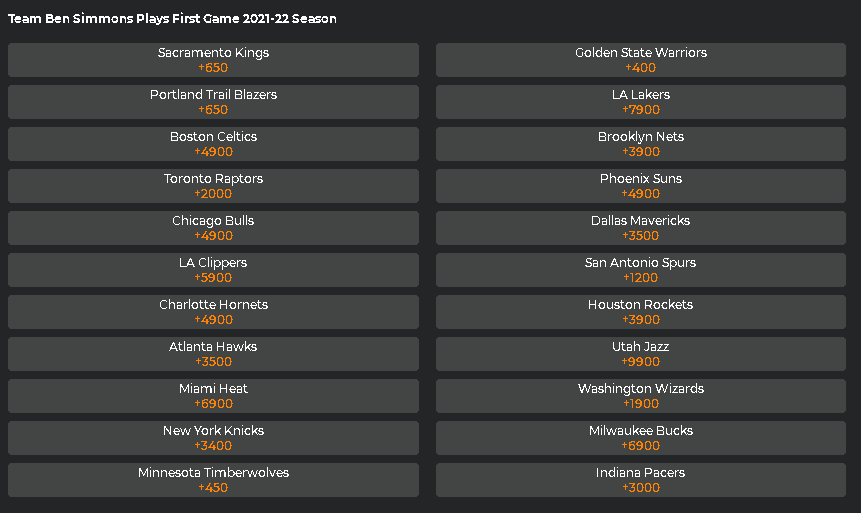 For a reminder, the wager cutoff date is on August 31, 2021. Click on this MyBookie page to place a bet. On February 15, 2021, in a 134-123 loss against the Utah Jazz, Simmons ended his performance with a career-high 42 points and 12 assists. In the conference-semifinals series versus the Atlanta Hawks, he averaged 9.9 points, 6.3 rebounds and 8.6 assists. This might be why teams are hesitant to trade with Philadelphia, aside from Brand’s higher asking price.

On the 76ers, Simmons’ future guaranteed cash amount is $113,680,224. Between the Kings, Trail Blazers, Warriors and Timberwolves, it appears the Warriors are the most fitting landing spot for Simmons. However, the trade could still work out for the Kings.