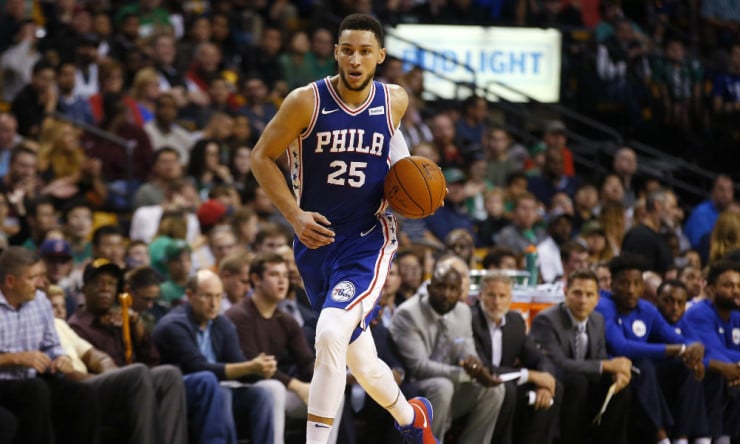 Ben Simmons finally made his long-awaited NBA regular-season debut against the Wizards in Washington on Wednesday night. And after his extended wait to wear the Philadelphia 76ers jersey in a meaningful game, he said he felt initially like he was in a video game.

“It felt like I was playing 2K, honestly,” Simmons said postgame.

“Just looking at Joel Embiid out there with the lights on his jersey. I was like, ‘man, I’m actually here.'”

Simmons was drafted with the first overall pick by the Sixers in the 2016 draft, but he missed the entire 2016-17 season while recovering from foot surgery to repair a Jones fracture. He suffered the injury on Sept. 30, 2016, less than a month before the start of the regular season. The Australian was originally expected to miss three months, but was eventually ruled out for the entire season.