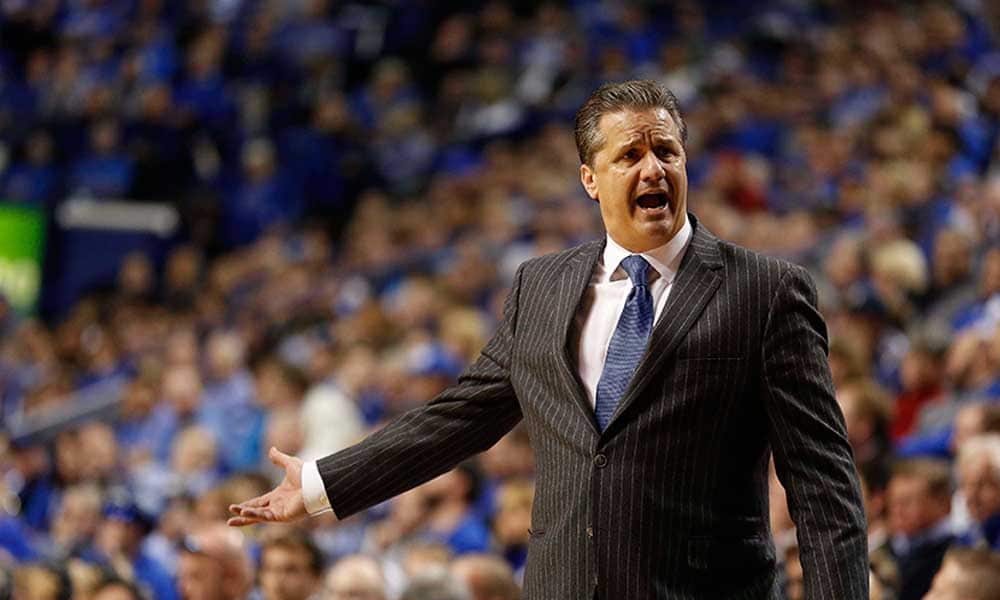 John Calipari, head coach of the undefeated and top-ranked Kentucky Wildcats, is among the four remaining finalists for the 2015 Naismith Men’s College Coach of the Year award, the Atlanta Tipoff Club announced today. He is joined by Tony Bennett (University of Virginia), Bo Ryan (University of Wisconsin) and Jay Wright (Villanova University). Bennett won the award in 2007 while at Washington State University and was a finalist in 2013. Calipari is a two-time Naismith Award winner, once at the University of Massachusetts (1996) and the other at the University of Memphis (2008). Wright was the 2006 Naismith Award winner, while Ryan is a two-time finalist (2005, 2007).