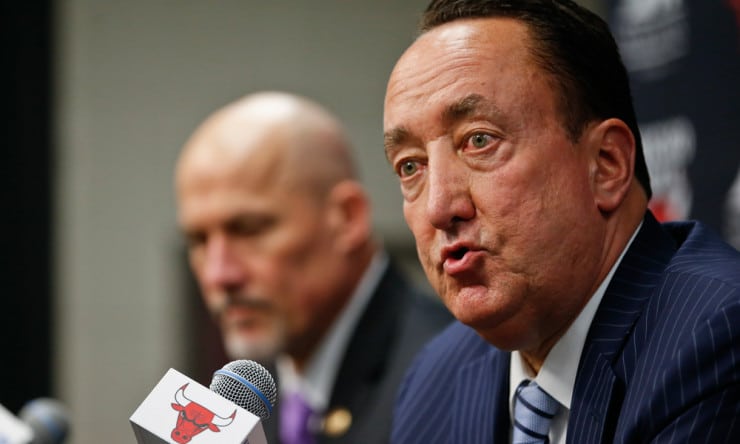 A group of Chicago Bulls fans frustrated with the team’s direction erected a billboard reading “Fire Garpax” on Wednesday.

A group of Bulls fans set up a GoFundMe account to put up a giant billboard with the phrase “Fire Garpax” (a shortened version of the names of Bulls GM Gar Forman and team President John Paxson) up in Chicago. Forman and Paxson have been at the center of controversy over the last few years as they’ve tried unsuccessfully to turn the Bulls into a perennial contender in the Eastern Conference. Trading Butler and Derrick Rose proved to be unpopular moves among fans, and signing players like Dwyane Wade and Rajon Rondo didn’t help lift the team’s playoff chances last season.