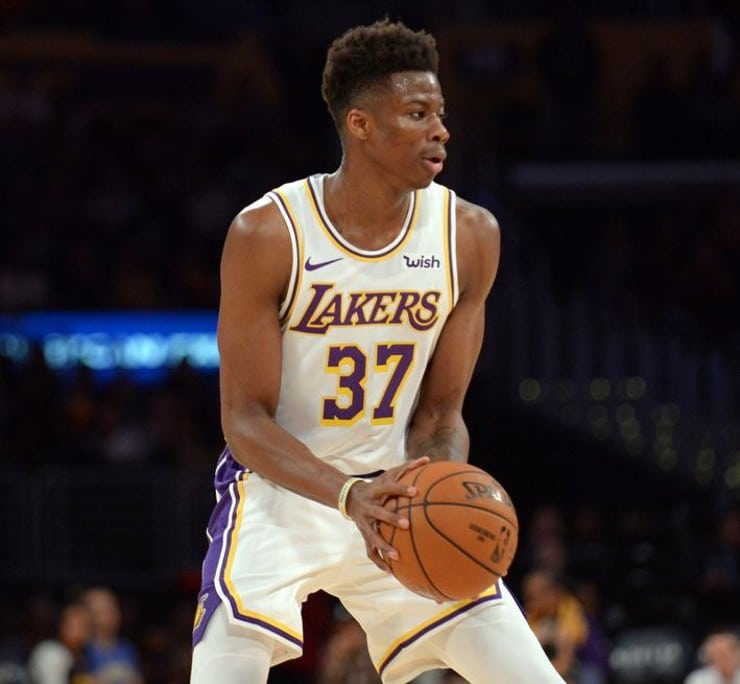 The Chicago Bulls have expressed interest in signing Kostas Antetokounmpo, the second-youngest brother of NBA players Thanasis, Giannis and Alex. This report comes from Christos Tsaltas.

Arturas Karnisovas, the executive vice president of basketball operations for the Bulls, is pursuing the Greek Freak 2.0. He liked what he saw in the player’s international performances.

The 6’10” forward was selected 60th overall by the Philadelphia 76ers in the 2018 NBA Draft. Though, Antetokounmpo and Ray Spalding were then traded to the Dallas Mavericks for Shake Milton.

On July 13, 2018, the forward signed a two-way contract with the Mavericks. In two appearances with Dallas, Antetokounmpo averaged 1 point and 1 steal per game.

Furthermore, while with the Texas Legends, the team’s NBA G League affiliate, Antetokounmpo averaged 10.6 points, 6.1 rebounds and 1.4 blocks per game. Through 40 appearances and 25 starts in the 2018-19 season, the forward also averaged 52.5% shooting from the field.

He was then claimed off waivers by the Los Angeles Lakers from the Mavericks. In five games played with the Lakers in the 2019-20 season, the forward averaged 1.4 points per game.

While he only appeared in five games, the forward still won a ring with LeBron James and the Lakers in the 2020 NBA Finals against the Miami Heat.

Of course, in the 2020-21 season, Antetokounmpo averaged 1.3 rebounds per game in 15 appearances off the bench with the Los Angeles Lakers.

On July 16, 2021, the forward signed with LDLC ASVEL of the French Betclic Élite and EuroLeague.

Last season, in the EuroLeague, Antetokounmpo averaged 5.8 points and 2.7 rebounds per game with LDLC ASVEL. In 26 games played, he averaged 69.2% shooting from the field and 40% from 3-point range.

Kostas Antetokounmpo turns 25 this November. If the Bulls sign him, he should help improve their frontcourt. A potential two-way contract might be in the cards. Undrafted rookie forward Justin Lewis will miss several games due to a right ACL injury.