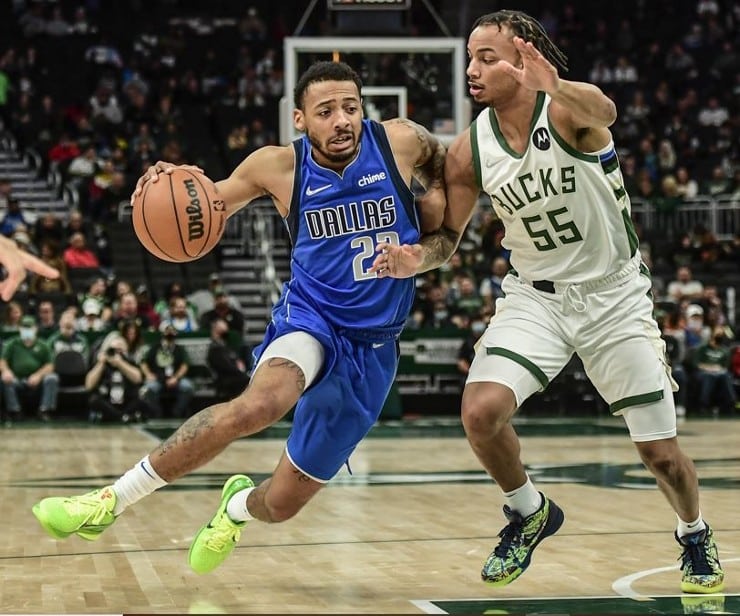 The Chicago Bulls have signed guard Carlik Jones to an Exhibit 10 contract, according to NBA sources. This is a non-guaranteed contract. It could be converted into a two-way contract before the 2022-23 season begins. The Ohio native went undrafted out of Louisville in 2021.

While with the Texas Legends, the Mavs’ NBA G League affiliate, Jones averaged 20.2 points, 5.4 rebounds, 4.7 assists and 1.2 steals per game. He also averaged 45.1% shooting from the floor and 32.4% from beyond the arc. In other news, the 24-year-old expressed his joy on Twitter.

On January 1, 2022, the rookie signed a 10-day contract with the Denver Nuggets. However, the guard only appeared in five games last season.

The guard averaged career-highs 48.8% shooting from the field and 40.9% from 3-point range. Jones later received his second All-Big South First-Team selection. And he won Big South Player of the Year in 2020.

He will undergo surgery in the coming weeks and is out indefinitely. pic.twitter.com/RMML2OYB8O

As a graduate transfer, Jones decided to play for Louisville in his final year of eligibility. In 19 games played in the 2020-21 season, the guard averaged 16.8 points, 4.9 rebounds, 4.5 assists and 1.4 steals per game. He was selected to the All-ACC First Team.

Now, the Bulls have 15 players signed to guaranteed contracts. But Carlik Jones has the option to sign a two-way contract in the coming weeks.

Fellow rookie Justin Lewis is the only player signed to a two-way contract, but the forward is preparing to undergo ACL surgery. So, Jones will likely end up playing for the Windy City Bulls, the team’s G League affiliate.