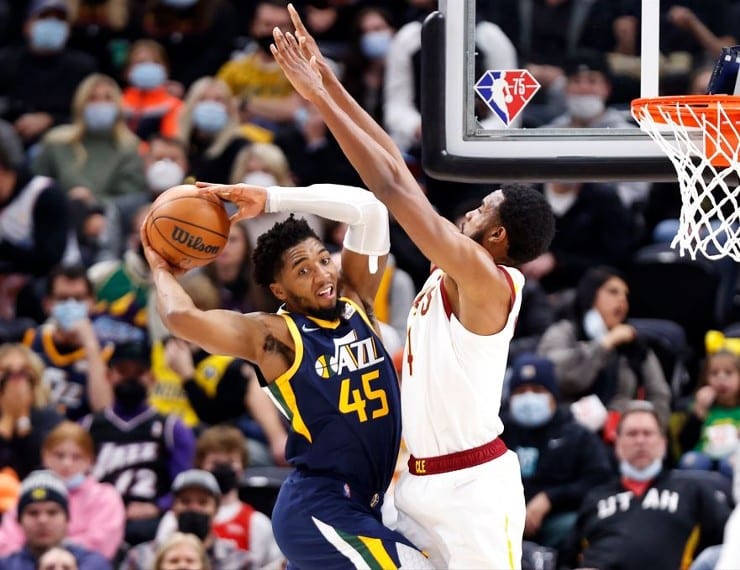 The Cleveland Cavaliers are trading Lauri Markkanen, Collin Sexton and Ochai Agbaji to the Utah Jazz for Donovan Mitchell. This blockbuster NBA trade was first reported by Chris Haynes of Yahoo Sports.

In addition to trading away forward Markkanen, guard Sexton and rookie wing Agbaji, the Cavaliers also sent the Jazz three unprotected first-round draft picks (2025, 2027 and 2029) and two pick swaps (2026 and 2028).

With Mitchell now in the lineup for the Cavaliers, the team is a solid playoff contender in the Eastern Conference. Darius Garland, Jarrett Allen, and Rookie of the Year runner-up Evan Mobley will receive help from the three-time All-Star.

However, the Cavaliers losing Sexton hurts. Because of a season-ending knee injury, he only played 11 games of the 2021-22 season. On November 7, 2021, he suffered a torn left meniscus against the New York Knicks.

Though, Sexton averaged a career-high 24.3 points per game with the Cavaliers in the 2020-21 season. Garland, his former teammate, has yet to average 24 points with Cleveland in his playing career.

If Mitchell can play at the same offensive-juggernaut level with the Cavaliers as he did with the Jazz, this trade will benefit both contenders. Some fans could argue that Cavs G.M. Mike Gansey gave away too much to acquire Mitchell. The word fleeced comes to mind.

Having said that, it’s early. Sexton could get injured again, or Mitchell might not dominate the court offensively playing alongside Garland. At this point, NBA fans can only make assumptions and toss around meaningless predictions.

Let’s say Mitchell averages 25 points per game with the Cavaliers. The team has not made the playoffs since LeBron James’ final season with them, which was the 2017-18 season. Back then, the Golden State Warriors swept the Cavs in the 2018 NBA Finals.

Garland has to stay healthy for this trade to benefit the Cavaliers. Otherwise, Donovan Mitchell will be on his own. While with Vanderbilt, Garland suffered the same meniscus injury as Sexton.