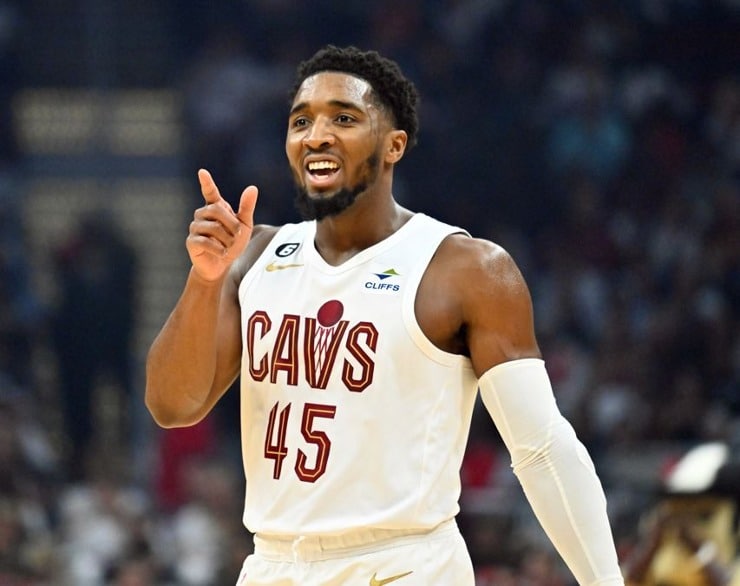 Donovan Mitchell was traded by the Utah Jazz to the Cleveland Cavaliers back in September, and now the three-time All-Star is preparing for his first road matchup against his former team on Tuesday night.

“I don’t know what the response will be. I hope it’s cheers,” Mitchell said on returning to Utah after Cleveland’s 112-98 win over the Phoenix Suns on Sunday night.

According to various NBA betting sites, the Cavaliers possess the eighth-best odds to win the championship. Check out which sportsbooks are showing better odds for the Boston Celtics, Milwaukee Bucks, and Brooklyn Nets.

Donovan Mitchell on what he expects the response to his return to Utah to be on Tuesday: "I don't know. I mean, like I've said, we did a lot of great things there. Obviously, we didn't accomplish our end goal. I don't know what the response will be, I hope it's cheers."

“We did a lot of great things there. Obviously, we didn’t accomplish our end goal,” added the Cavaliers guard. “But I had a lot of positives despite not winning a championship. That’s not easy. Only one team does it. We had five cracks at it, and we missed.”

Jazz fans might feel disappointed right about now, considering Mitchell is having the best season of his career with the Cavaliers. Last Monday, in Cleveland’s 145-134 win against the Chicago Bulls, the guard recorded a career-high 71 points in 50 minutes of action.

Mitchell logged the eighth-most points in a single game in NBA history. Additionally, the 26-year-old scored or assisted on 99 points versus Chicago, the second-most in league history since Wilt Chamberlain’s 100-point performance.

Most 3s in the 1st quarter this season:

Then again, at least the Jazz have Lauri Markkanen, who is now the top favorite to win NBA Most Improved Player of the Year. Markkanen is averaging a career-high 24.5 points per game. Perhaps this trade will benefit Utah more than the Cavaliers in the coming seasons.