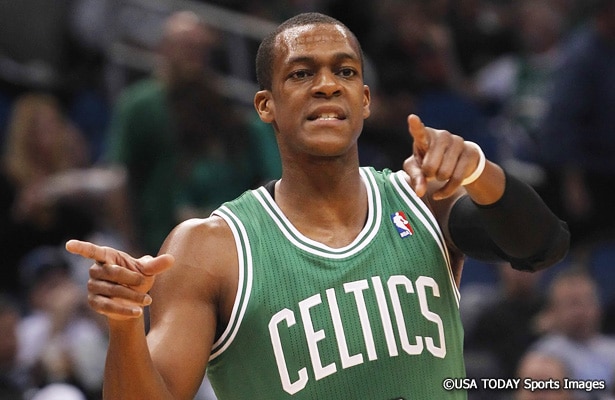 The hourglass is slowly sifting and Basketball Insiders is keeping you plugged in right up until the 3 p.m. ET trade deadline on Thursday. Moke Hamilton takes a look at three situations that are developing, and revisits recent history.

No Love Lost in Minnesota—Yet

With the Minnesota Timberwolves having fallen down to the 10th seed out in the Western Conference, Kevin Love has suddenly become more interesting than the Dos Equis man.

Shortly after LeBron James let his intentions be known that he was joining the Miami HEAT in July 2010, Carmelo Anthony notified the Denver Nuggets that he would be pursuing his basketball career elsewhere once he became free in July 2011. In the end, Anthony was dealt to the team of his choice long before he hit the market.

At this point, although there are no reports indicating that Love has said anything similar to the Timberwolves, the prevailing sentiment coming from Minneapolis heading into this season was that Love already had one foot out of the door and that anything less than a deep playoff run would all but ensure that the 2014-15 season would be his last in Minnesota.

With hefty obligations due to Nikola Pekovic, Kevin Martin, Chase Budinger and Corey Brewer, the T-Wolves already have $66 million in guaranteed salary committed for next season.

In other words: this is their team.

For Love, that does not seem promising.

As it stands, the Los Angeles Lakers are dead set on pursuing Love if he elects to become a free agent in July 2015 and, according to Ken Berger of CBSSports.com, of the teams expected to pursue Love, the Lakers “have the best shot” of signing him.

For Love, a maximum offer to him would pay him $16.5 million in the first year and since the Lakers only have $25 million in guaranteed money on their books for the 2015-16 season, it stands to reason that Love will remain the apple of their eye.

In Minnesota, the writing seems to be on the wall, so attempting to pull off a three-team trade with a team that covets Pau Gasol would make some sense.

The reality for the T-Wolves is this: With their bloated payroll and diminishing likelihood to become a contender in the Western Conference, both the opportunities to get value in return for Love and the quality of the offers for him will not increase between now and July 1, 2015.

Trading him to the Lakers or even to a third team that has an appetite for risk may be Flip Saunders’ best play.

Desperate for a franchise player, the New Jersey Nets and Utah Jazz consummated a trade involving Deron Williams under very similar circumstances in 2011. With no assurance that Williams would re-sign with them, but with one and a half years to prove that they were serious about building a winning team, the Nets sent Derrick Favors, Devin Harris, cash and their 2011 and 2013 first-round picks to the Jazz in exchange for Williams.

Tension-filled times ensued, but in the end, Williams opted to re-sign with the franchise.

Due to the perfect storm of circumstances—the T-Wolves’ struggles, the Lakers’ cap situation and the 2011 CBA’s restriction on sign-and-trade deals—surprisingly, the time to trade Love may be now.

With the Boston Celtics, Danny Ainge finds himself in a similar situation as it relates to Rajon Rondo.

The major difference between the Celtics and the T-Wolves, however, is that the Celtics got a jumpstart on their rebuilding effort by trading away Paul Pierce, Kevin Garnett and Jason Terry to the Brooklyn Nets this past summer. The Celtics received the Nets’ 2014, 2016 and 2018 first-round picks in exchange for the veterans.

Aside from those picks, the Celtics have a few young players on their roster, including Avery Bradley and rookie Kelly Olynyk.

Rondo’s current contract expires at the same time as Love’s—July 1, 2015. However, the difference with the Celtics is that they have just $10.1 million in guaranteed salaries on their books that summer and could, conceivably, lure a free agent or two to Boston.

The most difficult part of that scenario, however, would be keeping Rondo happy while the rebuilding Celtics continue to lose games for the next year-and-a-half.

As we continue life in this current era of the NBA, front offices are facing unprecedented and somewhat extreme pressure from their young superstars to build productive teams and make wise personnel decisions.

This season will mark just the second time the Celtics will fail to make the playoffs since they acquired Rondo on draft night in June 2006. Since the 2007-08 season, with Rondo, the Celtics managed to win an NBA championship and compiled a regular season record of 314-161.

He is simply not a player that is used to losing. With the New York Knicks hot on Rondo’s tail, and with the Knicks only having $10 million in current salary commitments for the summer of 2015, the Celtics may find themselves in a very similar predicament with Rondo as the T-Wolves do with Love. The major difference, however, is that there is a dearth of evidence or even conjecture to support the notion that Rondo prefers to end up in New York, while Love’s reported infatuation with the idea of being a Laker is well-documented.

As the deadline approaches, there is a chance one or both players could be moved. As it currently stands, the T-Wolves and Celtics both find themselves in somewhat dire situations with their franchise stars.

As Dwight Howard and Carmelo Anthony can both attest, these situations do not tend to improve as time elapses.

And as the Nets know, all it takes is a team willing to roll the dice.

While Love and Rondo may both be long shots to be traded before Thursday’s deadline, Evan Turner may be one of the bigger named impact players to be moved.

And yes, referring to Turner as an “impact player” may be a bit premature, but at just 25 years old and in only his fourth season, his game has shown marked improvement since he entered the league from Ohio State University back in June 2010. The same cannot necessarily be said for his Philadelphia 76ers, who enter play on Wednesday at just 15-40.

It seems that newly installed president and general manager Sam Hinkie isn’t interested in bringing Turner back once he hits the the market as a restricted free agent this summer, instead preferring to pull the plug on the previous regime’s era.

His 17.5 points, 5.9 rebounds and 3.6 assists per game are indicative of a player with solid all-around potential, and Turner is certainly a player that would immediately improve any of the Eastern Conference’s underwhelming teams. But according to veteran scribe Sam Smith, the Miami HEAT may be a team to watch as Turner’s new address is trying to be determined.

The Charlotte Bobcats have emerged a potential suitor for Turner, as well, and although his final destination is unknown, Turner told Comcast SportsNet that he was “excited to see what’s going to happen.”

Whichever team attains Turner will get a spry youngster who has shown an ability to excel, even if somewhat inconsistently.

One thing that will be consistent between now and 3 p.m. ET on Thursday, though, will be the news and speculation.

It is simply that time of the year, and we wouldn’t have it any other way.

Have a question or comment for Moke? Feel free to ask him a question in his Weekly NBA Chat, held each Friday afternoon.