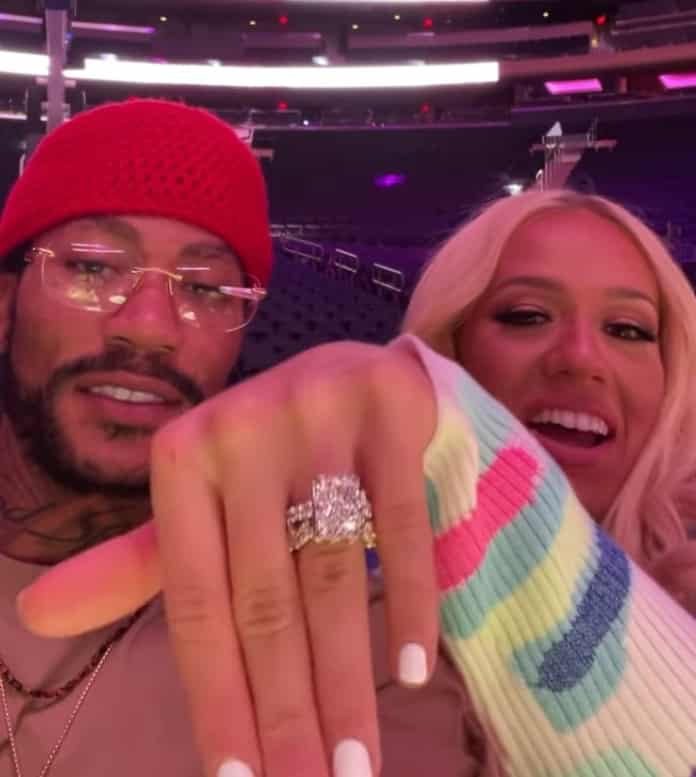 New York Knicks point guard Derrick Rose proposed to Alaina Anderson, his 26-year-old girlfriend, inside Madison Square Garden. Of course, Alaina agreed to marry the three-time All-Star. On Tuesday night, Rose posted a photo of him dining with his girlfriend at center court.

Naturally, Alaina was not expecting the proposal. However, she informed reporters that after Rose gave her a promise ring, he told her, “hopefully one day I can get you the real thing.” The 2008-09 Rookie of the Year winner surprised the love of his life.

Derrick also wrote a poem about his fiancée. The touching poem read: “Believe the words that I will have your back and love u forever. When I first saw you, I told Ryan that we were gon be together. I will always love you becuz you go above and beyond. We built a beautiful family and a unbreakable bond. Thank you Queen.” 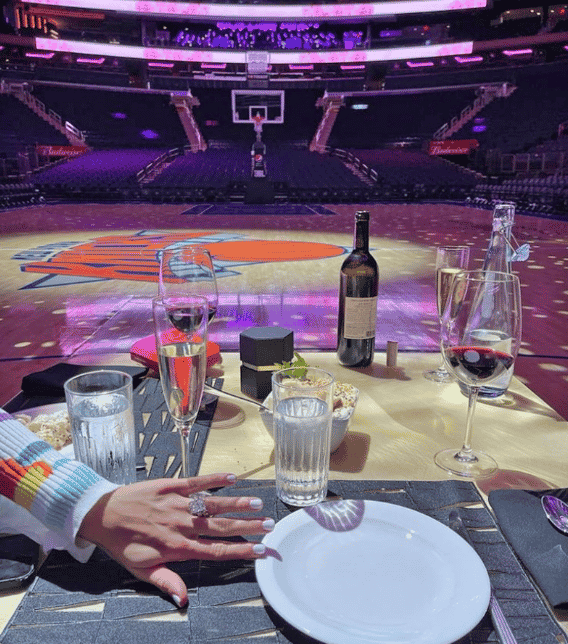 The couple has been dating since 2012, back when Rose played for the Chicago Bulls. The guard was drafted first overall by the organization in the 2008 NBA Draft. In 2018, they had one daughter together named Layla. Derrick also turned 33-years-old nine days ago.

A year later, they also welcomed London, their only son. Furthermore, Alaina was born in Chicago, Illinois. She works as an Instagram model. Not to mention, Alaina runs “Keep It Cute Fitness.” The website is www.keepitcutefitness.com.

Rose was also born in Englewood, which is one of the several neighborhoods within the city of Chicago. Before yesterday, reports on the Internet suggested that Rose and Alaina were already married. Though, this information was never confirmed. Until Rose proposed to her, Anderson was just his girlfriend. Now, she’s his fiancée. Alaina Anderson’s Instagram is @alainataughtyou. 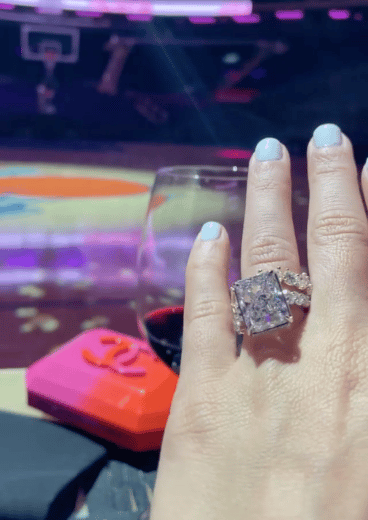 Moreover, Rose had his first child with Mieka Reese, who is his ex-girlfriend. She gave birth to Derrick “PJ” Rose Jr. on October 9, 2012. The couple dated for over five years. Unfortunately, they decided to split one year after Derrick Rose Jr. was born. PJ is now 9-years-old.

The Chicago native also won the MVP award in the 2010-11 season. Rose averaged a career-high season average of 25 points per game that season. He is one of the top candidates to win Sixth Man of the Year in 2022 as well.